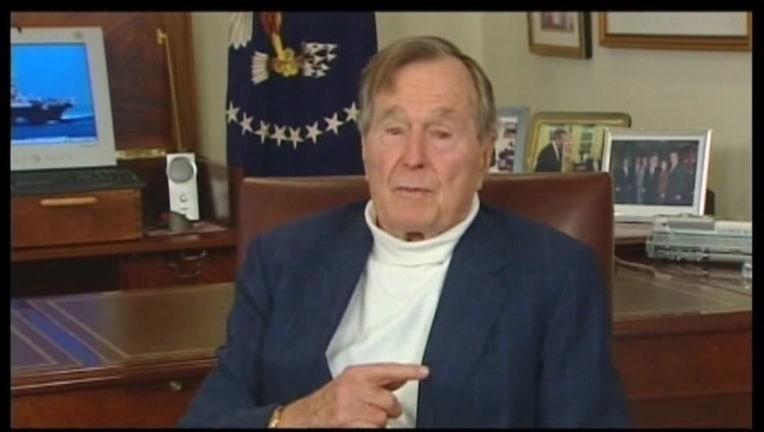 (FOX NEWS) - Former President George H.W. Bush says he is not too excited about "blowhard" President Trump and confirmed in a new book that he voted for Hillary Clinton.

“I don’t like him,” Bush, 93, says in the book, according to a review by The New York Times. “I don’t know much about him, but I know he’s a blowhard. And I’m not too excited about him being a leader.”

In the book, titled “The Last Republicans,” the 41st president also revealed that he voted for Trump’s Democrat rival Clinton in the 2016 White House race.

The new book, by author Mark K. Undegrove, consists mostly of interviews looking back at the Republican Party over the past few decades and explores the connection between the elder Bush and his son, former President George W. Bush.