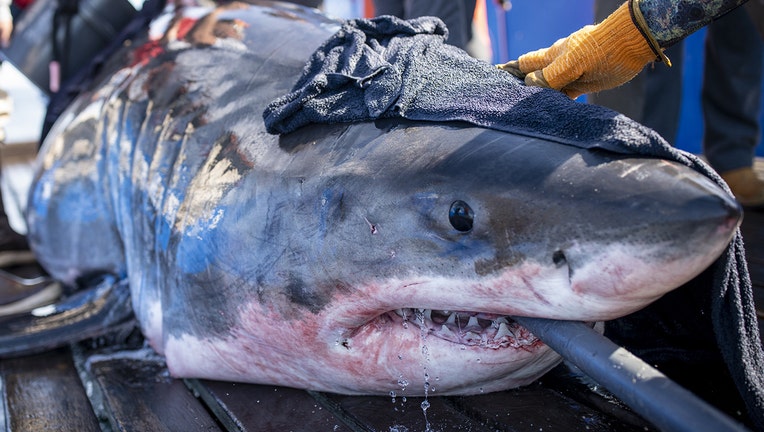 FLORIDA KEYS - A great white shark that weighs over 2,000 pounds and is over 15-feet long recently pinged off of the Florida coast.

Unama’ki is an adult female great white shark who weighs 2,076 pounds and is about 15-feet, five-inches long. She is being tracked by OCEARCH.

The OCEARCH tracker shows that Unama’ki pinged off the Florida coast on Saturday just before noon. The shark was specifically located south the Florida Keys.

As an adult female, Unama’ki "has the potential to lead us to the site where she gives birth and exposes a new white shark nursery," OCEARCH said on their website.

RELATED: Great white shark bitten during encounters with other sharks in the Atlantic

Unama’ki reportedly means "land of the fog" to the indigenous Mi'kmaq people of Nova Scotia.

OCEARCH is a non-profit organization that does research on great white sharks and other large apex predators.

RELATED: Giant whale shark spotted off the coast of Florida