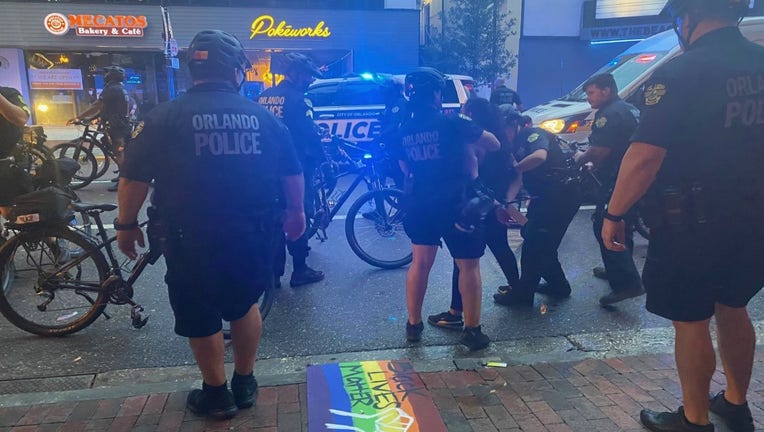 TALLAHASSEE, Fla. - Arguing that a new law is intended to "suppress the viewpoints of Black-led organizations and their allies," a coalition of groups Tuesday challenged the constitutionality of changes championed by Gov. Ron DeSantis to crack down on violent protests.

A 62-page lawsuit filed in federal court in Tallahassee on behalf of groups such as the Dream Defenders and the Florida State Conference of the NAACP contends that the law (HB 1), which DeSantis signed on April 19, will have a "chilling" effect on protected speech and violates equal-protection and due-process rights.

DeSantis made the changes a priority after protests across the nation last year following the killing of George Floyd, a Black man, by a Minneapolis police officer. The law, passed this spring by Florida’s Republican-controlled Legislature, includes a wide range of steps to crack down on violence and property damage related to protests.

But the lawsuit argues, in part, that the measure is overbroad, vague, and "subjects non-violent protesters to criminal liability for exercising protected rights to speech and assembly."

As an example, the lawsuit said peaceful protesters at demonstrations could face criminal charges if they are in "close proximity to an act of violence or property destruction in which they themselves do not participate."

"Because (a section of the law) confers discretion to law enforcement to arrest nonviolent protesters in close proximity to a violent outburst that is caused by others, would-be protesters have already been and will continue to be discouraged from participating in demonstrations for fear that the intents and actions of others may subject them to severe criminal penalties," said the lawsuit, filed on behalf of the plaintiffs by attorneys from the NAACP Legal Defense and Educational Fund, the American Civil Liberties Union of Florida, Community Justice Protect and the national law firm of Akin Gump Strauss Hauer & Feld.

The lawsuit also said the measure violates equal-protection rights because it "targets Black organizers and organizations. The text, legislative history, timing, and public statements about the act made by Florida officials all make clear that the act was racially motivated."

The law, one of the biggest issues of this year’s legislative session, also has drawn a lawsuit that was filed on April 21 in federal court in Orlando. That lawsuit is pending.

DeSantis has touted the law, signing it last month in Polk County while flanked by law-enforcement officers. During that event, he said it "is the strongest, anti-rioting, pro-law enforcement piece of legislation in the country."

"In Florida, we are taking an unapologetic stand for the rule of law and public safety," DeSantis said in a prepared statement on the day the bill was signed. "We are holding those who incite violence in our communities accountable, supporting our law enforcement officers who risk their lives every day to keep us safe, and protecting Floridians from the chaos of mob violence."

The law is multifaceted, including creating a new crime of "mob intimidation" and enhancing riot-related penalties. It also could help shield people from civil liability if they injure or kill protesters involved in riots --- an issue known as granting an affirmative defense.

The lawsuit contends that various parts of the measure could lead to preventing people from protesting. For instance, it said part of the law would require people arrested for the misdemeanor or breaching the peace to spend at least one night in jail.

"This section thus targets a certain kind of expression, i.e. protest, for harsh punishment," the lawsuit said. "This section has already chilled and will continue to chill protected speech by discouraging would-be protesters from participating in a demonstration for fear that they may be arrested for the low-level offense of breaching the peace and have to spend at least one night in jail as a result."