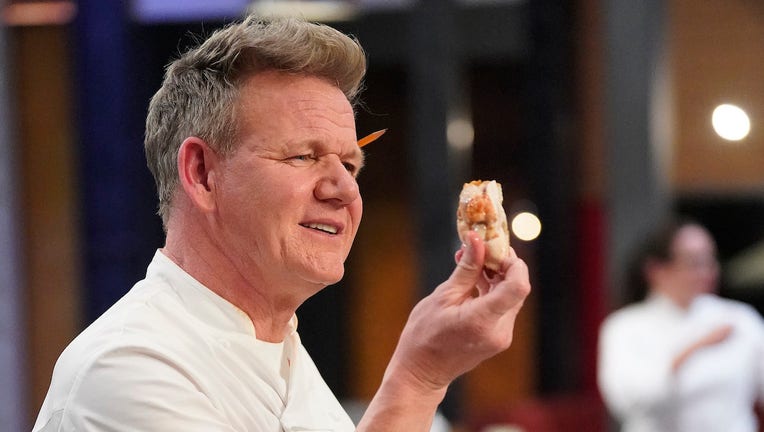 CHICAGO - Welcome back to "Hell’s Kitchen" recaps! The 21st season’s key ingredient is an age gap, as "Battle for the Ages" pits twentysomethings against fortysomethings. Miss a week? You can read our recaps, starting with our recap of the premiere, and watch On Demand, on FOXNow, on Hulu and on Tubi, FOX’s free streaming service. This television station is owned by the FOX Corporation.

Talk to anybody who’s been on a reality competition show, whether it’s "The Bachelor" or "RuPaul’s Drag Race," and they’ll inevitably describe their experience as some variation of grueling. To its credit, "Hell’s Kitchen" is one of the few shows to make the viewer feel that exhaustion. When a chef loses a challenge, we watch as they wash dishes, unload trucks of frozen meat and shine silverware. When a chef wins, it’s because we’ve watched them juggle a half-dozen hot pans as flames singe their brows and Gordon Ramsay’s trademark insults hammer their ears. You need nerves of steel to endure any televised competition, but surviving "Hell’s Kitchen" also asks for a few vats of elbow grease.

That unsavory reality smacks our contestants like a bone-in ribeye across the cheek in this episode, wherein the details of dinner service are laid out with minimal hand-holding before the cooks are thrust into their first service. No matter their age, nearly everyone walks away burned.

RELATED: Read our recap of the premiere 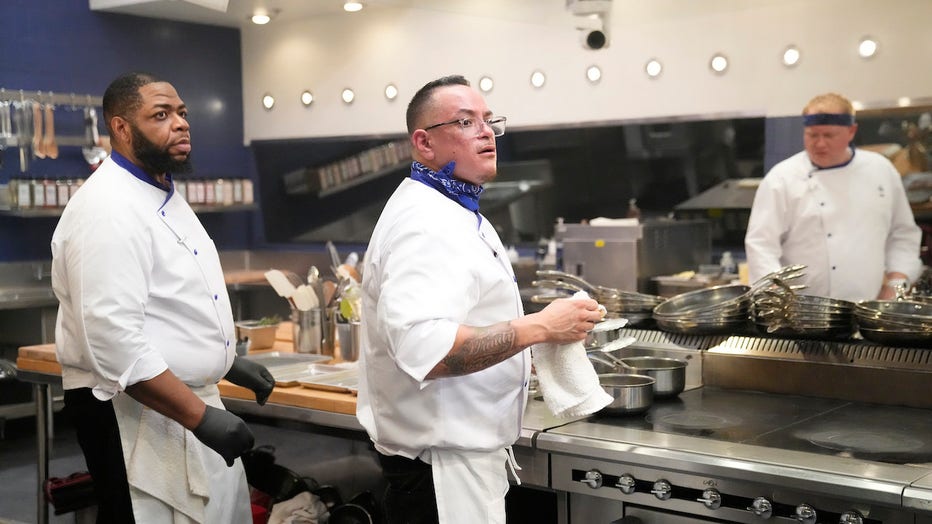 First, however, let’s check in on the chicken wing challenge that began in last week’s episode. No, there’s still no answer for why the silly waiter slipped and spilled wings all over the floor, but many of the chefs shine brighter here than they did with their signature dishes.

Nicole, for example, wants redemption after her boxed pasta failed to impress last week. She gets it, too, serving up a shockingly complex serving of gochujang chili wings with a tamarind honey drizzle and black garlic coconut dipping sauce. Ramsay is gobsmacked. There’s also 21-year-old Cheyenne, who makes up for her lackluster signature dish with Asian barbeque wings hot enough to catch Ramsay’s attention.

In the end, though, fortysomething Alex, who also impressed last week, is the blue team’s winner thanks to his "elevated" take on General Tso’s chicken. Alejandro, a young buck who heads the kitchen at a brewery, wows Ramsay with his Middle Eastern flavors to become the red team’s champ.

Their prize? The fabled punishment pass, which allows the holder to opt out of punishment when their team loses and swap in someone from the winning team. "It’s like holding the power of God," says Alejandro, laying it on a little thick. When Alex retrieves his pass, which dangles from a chain, he shows his age with a Flavor Flav reference. The twentysomethings collectively cringe.

WATCH FREE ON TUBI: Reality TV fave "Flavor of Love," still memeable after all these years 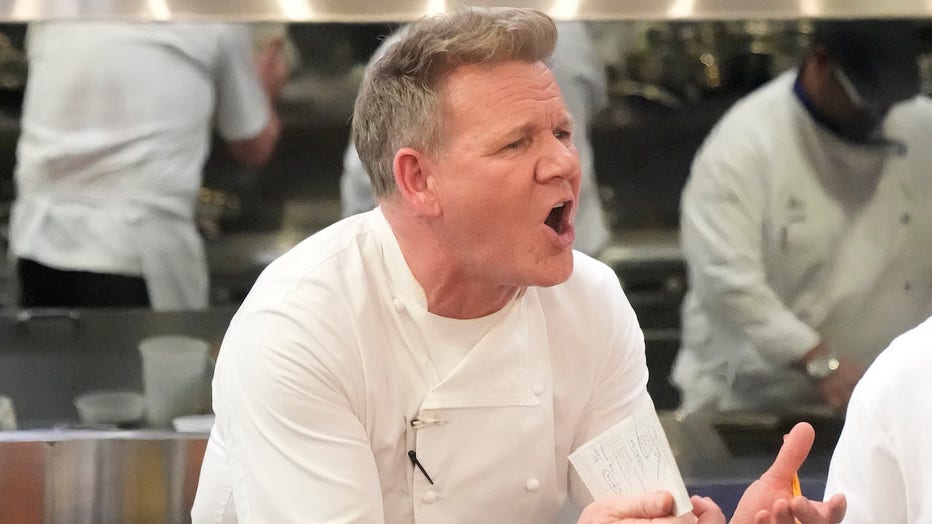 With great power, though, comes great responsibility. Alejandro and Alex are tasked with tasting the remaining wings and choosing two losers from their respective teams. Alejandro dings the wings of Dafne and Ileana, the former for their lack of flavor and the latter for being slightly undercooked. Alex’s choice is somewhat easier, given that O’Shay’s wings are raw in the center. He also chooses Billy, a.k.a. B-True, who talks like Jamie Kennedy circa 2003. Billy promised to bring "mad flavor" to his wings, but Alex says his thrice-cooked chicken simply doesn’t make sense. Whoever’s wings are the worst will go home.

It’s Ramsay’s decision and he brings the hammer down on the red team’s Ileana (it seems O’Shay’s sauteed spinach was tasty enough to compensate for the raw wings). She’s got enough spunk in her to fight back and ask to stay. "I’m not done proving what I have to prove," she says. Ramsay shrugs and gives her one more chance. A bit anticlimactic, but, hey, at least a noodle-limbed waiter didn’t inexplicably spill a plate of wings on the floor only for no one to ever mention it again.

Both teams return to their dorms to find a fresh set of Henckels knives on their beds. This signals the beginning of their training, which Christina and Jason, Ramsay’s left and right hands, deliver with cold efficiency. Alyssa, the red team’s resident hater, makes fun of the fortysomethings asking "stupid questions" like, "Do we torch the burrata?"

It’s true, though, that the young’uns seem infinitely more comfortable than the olds (probably because, unlike their competition, they’re still on the front lines in their home kitchens). Zeus and Charlene, in particular, are overwhelmed. Charlene likens the "icky" feeling she has going into service to the feeling of bringing your cousin to prom, which is a weird comparison I don’t know what to do with.

But prep is messy for both teams. As the blue team scrambles to a silly soundtrack of flutes, tubas and xylophones, the red team bickers. Alyssa, specifically, has no patience for Ileana, who she clearly wishes wasn’t given a second chance.

The menu is comprised of Ramsay staples like saffron risotto and Beef Wellington, as well as new additions like rack of lamb. Ramsay also places a handful of chefs in the dining room to prepare and serve his favorite of the contestants’ chicken wings. Special guests for the night include KISS frontman Gene Simmons and pop star JoJo, both of whom get front row seats to Ramsay’s various tantrums. Simmons, thank goodness, keeps his tongue in his mouth. 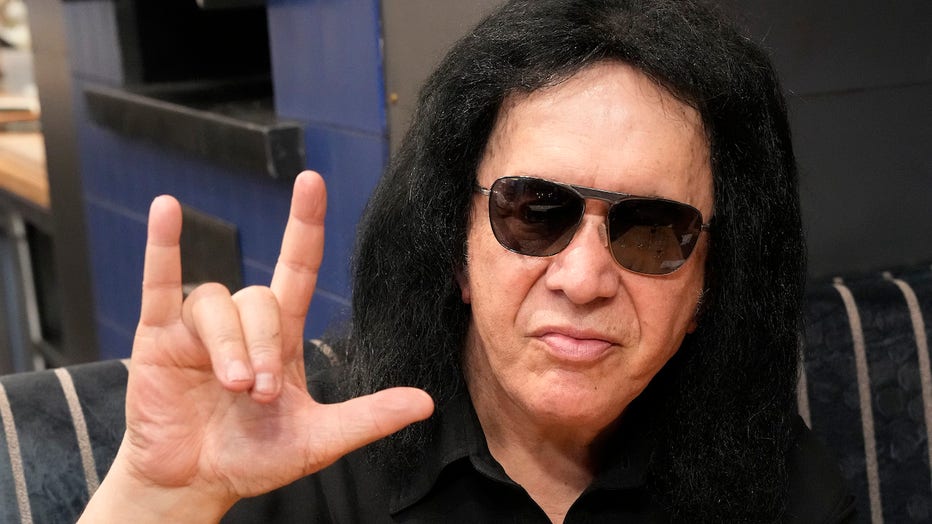 Ramsay’s outbursts are initially aimed at Zeus, who takes not one, not two, but three tries to make an edible carbonara. His story about a shark biting his head has given Ramsay tons of ammo: "GREAT WHITE SHARK HAS EATEN HALF HIS BRAIN," he shouts. Later, he dubs him "Shark Bait."

Alex compares Zeus to the Berlin Wall, saying he’s crumbling "piece by piece." But he’s not alone; the blue team is riddled with weak links. After Charlene screws up Simmons’ chicken, it’s over for them. Holding up a pink cut of chicken, Ramsay screams, "If you think i’m going to serve that to the lead singer of KISS you can kiss my ass." He almost sounds like he’s going to cry as he sends them off to the dorm to nominate two cooks they feel should leave the competition.

The red team makes plenty of mistakes of their own, mainly due to a lack of communication. They, however, are able to finish service. That’s honestly pretty rare for a first service in Hell’s Kitchen.

"Hell’s Kitchen": Nobody likes a quitter 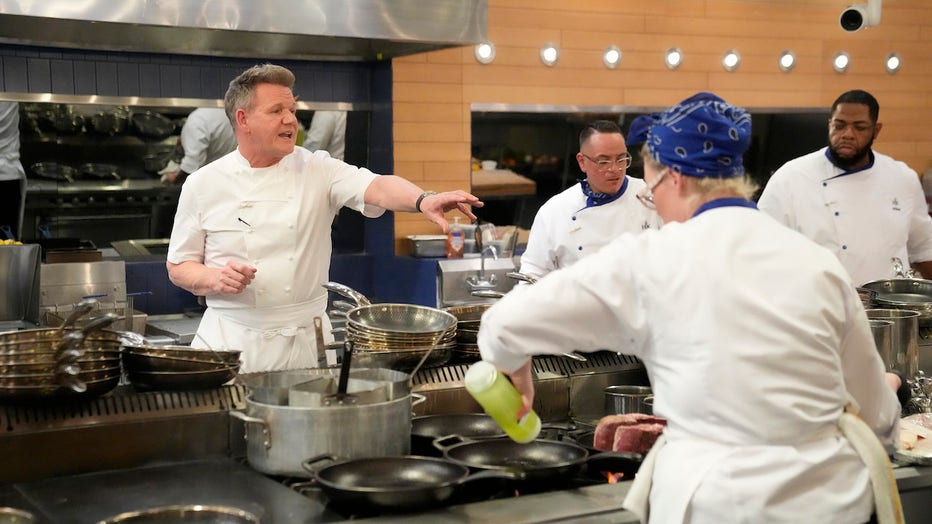 It isn’t Zeus the blue team nominates, but Charlene and Billy, a.k.a. B-True. This enrages Billy, who claims he’s only being targeted because they’re "scared" of him. When they’re brought before Ramsay, Charlene bemoans her lack of agency, saying she stayed in the passenger seat when she should’ve climbed behind the wheel. Billy simply says it was an off night.

Just as Ramsay is about to announce who’s going home, Zeus steps forward. "I feel like I belong down here," he says. "I had a terrible service." It’s never a good idea to nominate yourself on a show like this, but he goes on to commit the cardinal sin of competition by admitting Charlene and Billy "want this more" than he does.

Gordon sends Billy and Zeus back in line, opting to eliminate Charlene. Once she’s gone, he brings Zeus back out. "If you’re willing to give up your spot that easily, you don’t deserve to be here," he says. Zeus leaves and admits to the camera that he knew he didn’t have what it takes to survive this competition. "This heat here," he says, nodding back at the set, "it was just something I didn’t want to be a part of."

"Charlene had trouble with her chicken," Ramsay intones over the credits, "and Zeus was nothing but a chicken." Ouch.

About the writer: Randall Colburn is a writer, editor, and podcaster based in Chicago.

"Great British Bake-Off" icon Mary Berry cooks up comfort food in her cozy kitchen, casually coaxing curious cooks into concocting Berry’s favorite recipes. (No, we will not apologize for any of that alliteration.) One season, eight episodes.

How to watch "Hell’s Kitchen"

"Hell’s Kitchen" airs Thursdays at 8 p.m. EST on FOX. You can also watch On Demand or stream online via FOXNow. 13 seasons, including much of the current season, are streaming on Hulu. And Tubi’s Gordon Ramsay channel offers many of Ramsay’s seemingly infinite shows, including "MasterChef," "MasterChef Junior" and "Next Level Chef," his latest.