BRANDON, Fla. - A Hillsborough County deputy was killed in a crash involving a suspect Monday evening in the Brandon area.

Chronister said Garret got into his car and started to take off. The deputies on the scene got into their cruiser and try to call for backup.

Garrett slammed through the back gate and got out of the apartment complex, heading west on Lumsden Road, near Paddock Club Drive, according to the sheriff. That's when Corporal Brian LaVigne, 54, answered the call for backup and approached the area Garrett was reported to be. 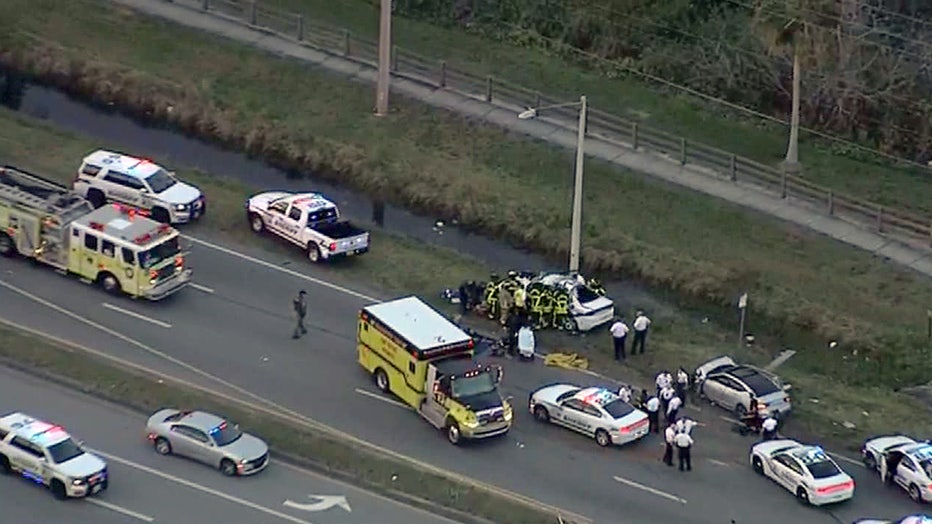 The sheriff said it appears Garrett saw LaVigne's cruiser, changed course to cross two lanes of traffic at a high rate of speed, and rammed his car into the driver's side of LaVigne's cruiser.

LaVigne was unconscious and trapped in his cruiser. Despite efforts to get LaVigne out of his cruiser and get him help, he was pronounced dead at Tampa General Hospital, Chronister said.

LaVigne was a 31-year veteran with the sheriff's office and had one more shift before beginning his retirement. LaVigne is survived by his wife and two daughters, one of whom is also a Hillsborough County sheriff's deputy.

The sheriff said Garrett did not have a criminal history. The 28-year-old had been taken into custody under the Baker Act in the past.

Garrett was taken to the hospital and will face several charges once he's arrested.