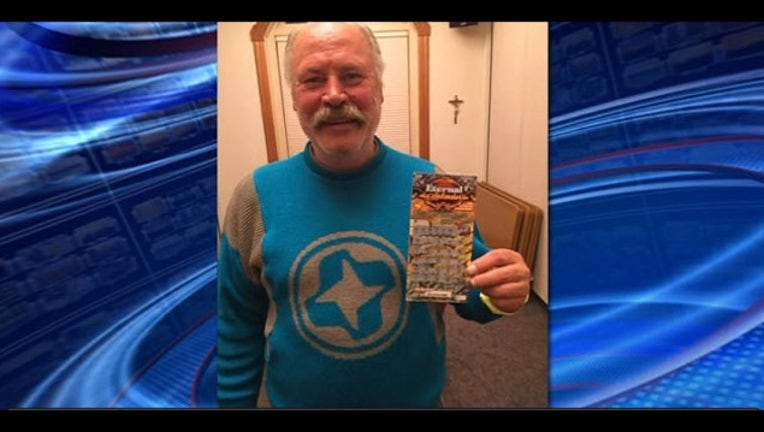 ASPEN, Colo. - A homeless man in Colorado found his pot of gold after winning half a million dollars on a lottery scratch off game.

61-yearold Michael Engfors, has been down on his luck for several years.

He became homeless six years ago after losing his business and going through a divorce.

On Friday, Engfors decided to try his luck, and bought a ten dollar scratch off game at an Aspen gas station.

When he scratched off the numbers he realized he was 500 thousand dollars richer.

Engfor says one of the things he plans to do, is reconnect with his daughter.