HOMOSASSA, Fla. (WOFL FOX 35) - While Hurricane Hermine left most of Citrus County fairly intact, neighborhoods in Homosassa, along the Homosassa and Halls rivers were flooded so badly, folks like Joleen Brown used boats to get around their streets.

"The electricity actually went off between 3:30 and 4:00. It's been rough - the house is hot, homes are flooded. Having a rough time getting around things that we need," she said.

The Sheriff's Office says nearly ten thousand people don't have electricity, and it could take days to restore it. Meanwhile the water is nasty - brackish water swimming with bacteria, wildlife, sewage, fuel, and trash. It blocks roads, stalls vehicles, and - worst of all for residents - floods homes. Colby Driggers was up for hours last night trying to save his house.

"It was quite scary" Driggers recalled, "the water's rising and rising, you're watching thinking how high's this gonna get?"

The floodwaters were so high this house even managed to take on a stowaway - an armadillo scurried around on his back porch, unable to return to its burrow in the ground.

Thankfully for Driggers, he's got another house that's dry, and insurance to pay for this, but it's still a shock. "Of course, don't know how it's gonna all work. This is a first for us with the floods," he said.

And it wasn't just his property he was looking after. "I drive a really large truck and we helped three or four different couples, we pulled 'em through the water, and an older man, we got him out to his truck and we got him to the dry ground."

And his neighborhood's nightmare isn't over yet - the waters will rise again with the tides. "There's supposed to be another high tide tonight which will probably flood again, so we'll start tomorrow cleaning everything up," Driggers said.

But he says they won't be able to replace the lost mementos and sentimental things washed away by the floods. They'll just have to clean up and move on. 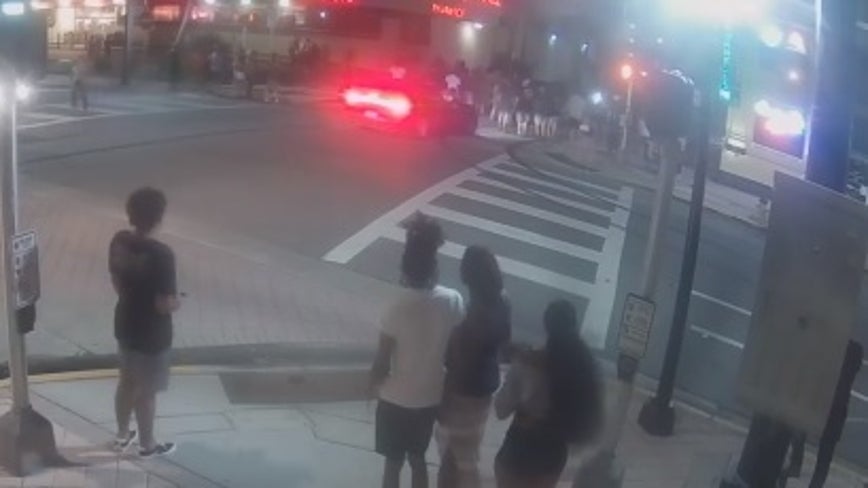