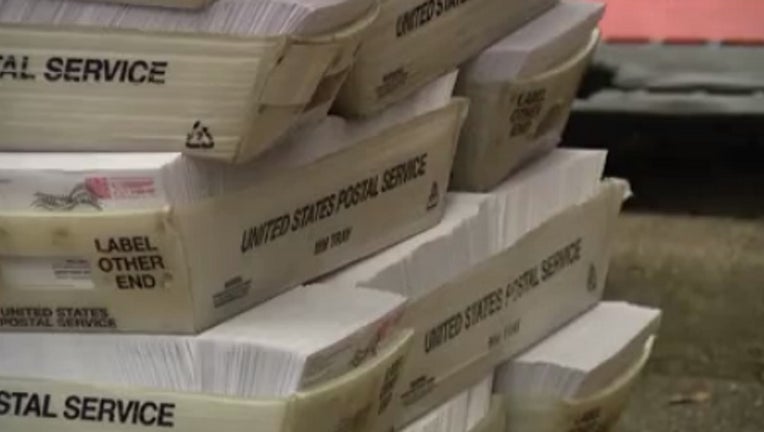 TALLAHASSEE, Fla. - Nearly 700,000 ballots had been cast as of Monday for the Aug. 18 primary elections from more than 3.8 million vote-by-mail ballots sent to Floridians, according to numbers posted by the state Division of Elections.

Democrats had completed 320,157 ballots, as their party has stressed the importance this year of people voting by mail, at least in part because of the coronavirus pandemic. Republicans, who historically have had an advantage in vote-by-mail balloting in Florida, had submitted 260,206 ballots.

Ballots are being returned as President Donald Trump has repeatedly warned about mail-in voting leading to fraud. The Republican Party of Florida has sent out mailers imploring voters to request an “absentee ballot,” with part of the copy including recent tweets by Trump, such as a June 28 tweet that said, “absentee ballots are fine.” Omitted from the GOP mailers is the rest of the June 28 tweet, which said: “Mail-In Voting, on the other hand, will lead to the most corrupt Election is USA history. Bad things happen with Mail-Ins. Just look at Special Election in Patterson, N.J. 19% of Ballots a FRAUD!”

In Florida, vote-by-mail ballots were called absentee ballots until election changes in 2002 that no longer required voters to declare a reason, such as being sick or out-of-town, to receive a ballot.

As of Monday, people registered with third parties had completed 5,414 ballots for the election next month. Another 100,687 had been turned in by independents. Florida has 13.7 million registered voters. Including ballots already cast, Democrats have been provided more than 1.77 million vote-by-mail ballots, while nearly 1.29 million have been sent to Republicans. Another 36,843 have been requested by third-party voters, and 726,791 have gone to independents.

On Saturday, Secretary of State Laurel Lee reiterated that canvassing boards will have a little more time to go over vote-by-mail ballots for the congressional and legislative primaries across the state, along with local elections.

“We are expecting higher vote-by-mail participation this year than we have in previous years,” Lee tweeted. “Due to this, @GovRonDeSantis has extended the period that Canvassing Boards may begin canvassing vote-by-mail ballots. This extra time will help to ensure a smooth and secure election.”

DeSantis in March issued an executive order that allows county canvassing boards to begin processing vote-by-mail ballots once the public “logic and accuracy testing” of voting equipment is completed.