According to the Florida Medical Examiners Commission, the number of Hurricane Ian-related deaths has eclipsed 100. Two were reported out of Osceola County.

KISSIMMEE, Fla. - According to the Florida Medical Examiners Commission, the number of Hurricane Ian-related deaths has eclipsed 100.

Two of the deaths happened in Osceola County, including a resident of the Good Samaritan Village in Kissimmee who stayed behind after the community was evacuated and a Haines City resident who suffered an injury while preparing for Hurricane Ian and was taken to HCA Florida Osceola Hospital where he later died.

Many seniors at Good Samaritan Village were rescued from their homes in the middle of the night, but for an unknown reason, one man stayed back and was later found dead. While the floodwaters have drained off, at one point it was waist-high at the residential complex. According to the Medical Examiner, the 71-year-old man drowned face down in a foot of water, inside his home. He was found days later.

"Horrible. Makes you feel horrible. This poor guy. I don’t know if he has family, I don’t know if he chose to stay," said Good Samaritan resident Miguel Velez. He and others are heartbroken, after learning that one of their neighbors died during Ian.

"It’s shocking that there’s not more because people didn’t want to leave," said Danny Antonetti who also wanted to stay but chose to leave instead.  "The National Guard and the sheriff’s pulled up and said you don’t gotta go, because I can’t force you, but it’s a mandatory evacuation you really need to leave, and we took everything out of the house and left."

According to the Osceola County Medical Examiner, 72-year-old Terry Curtin died after falling off a ladder, as he tried to prepare his Haines City home before the hurricane hit. 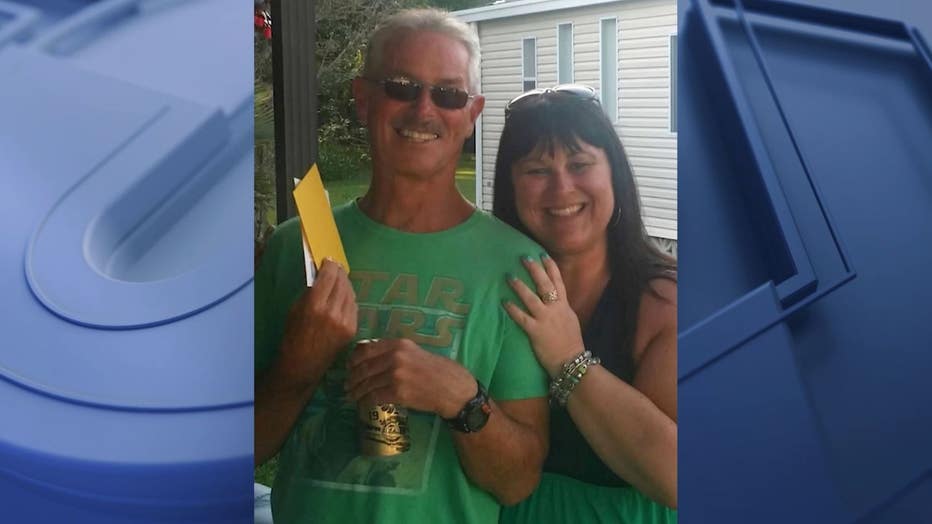 According to the Medical Examiner, 72-year-old Terry Curtin (left) died after falling off a ladder, as he tried to prepare his Haines City home before the hurricane hit.

"The neighbors found him and called 911 and tried to cover him with a blanket," explained Terry’s daughter, Rachael. "He grabbed a ladder, went to tighten his gutter and drain spout, and he fell, hitting the back of his head on concrete."

He later died at Osceola Regional Hospital. After the storm cleared, Rachael went to his home to check for damage. "The only thing missing is that gutter that he took when he fell. Everything else was fine."

She has some advice for senior citizens. "Go home to your kids, your stuff ain’t worth it. Get out."

The name of the man who died at Good Samaritan Village was not immediately released.