159 unaccounted for after condo collapse

The death toll in the South Florida condominium tower collapse stood at four late Friday. Families of those still missing are not giving up hope that loved ones will be found.

SURFSIDE, Fla. - Mothers and fathers looking for their children, a wife searching for her husband, grandparents still missing – the catastrophic collapse of a South Florida condominium tower has touched so many lives.

Fire and rescue crews have been working around the clock to find almost 160 people who are still missing. Police said four people are confirmed dead, with three having been found in the rubble overnight.

A frantic search continued Friday for dozens of people still unaccounted for after a beachfront condo building partially collapsed outside of Miami, Florida, killing at least four people and leaving more than 150 others unaccounted for.

At a Friday evening news conference, Miami-Dade County Mayor Levine Cava said none of those unaccounted for had located during the day's search efforts.

Joseph Roth flew from New York to visit his stepfather and stepsister for the weekend. He was a day too late.

Rescue personnel and others worked through the night in hopes of finding survivors at the site of a collapsed residential condominium tower in Surfside, Florida. The 12-story building collapsed just after 1:30 a.m. on Thursday. 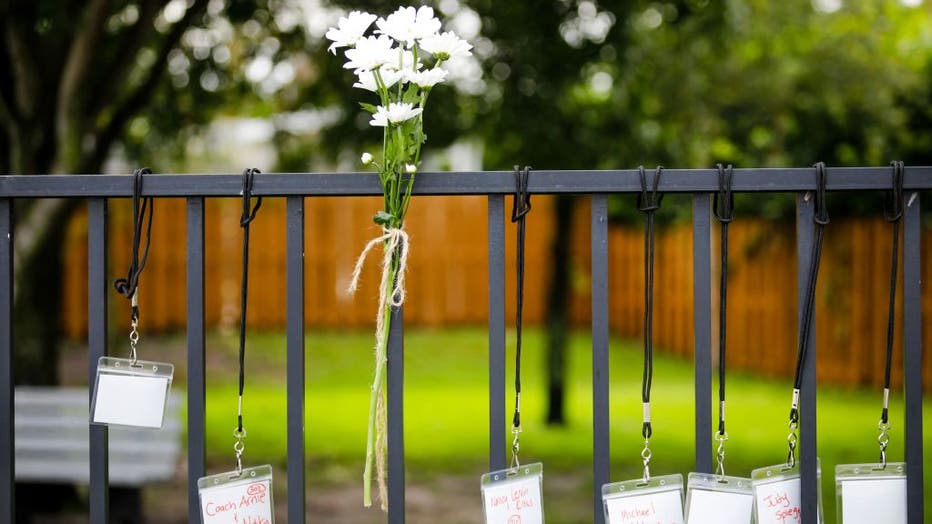 Flowers and name tags are placed on a park fence in honor of the people missing after a building partially collapsed in Surfside, north of Miami Beach, on June 25, 2021. - Four people are now known to have died in the collapse of an oceanfront apartm

"I was supposed to visit them for the weekend. My stepfather has lived there for over a year; my stepsister came for vacation. I got the news and I got on the first flight out with my family," he explained. "It's just very frustrating when you're family is in there and you are praying and hoping that someone can do something,"

Roth said families have been submitting to DNA tests all day to help in the search effort.  People have been distributed images of their loved ones, praying to see their faces once again.

"I have hope and I am just praying. You have got to stay positive and that is what I am trying to do. But every hour that goes by, you feel a little less hope leaving you, and it is devastating," Roth said. 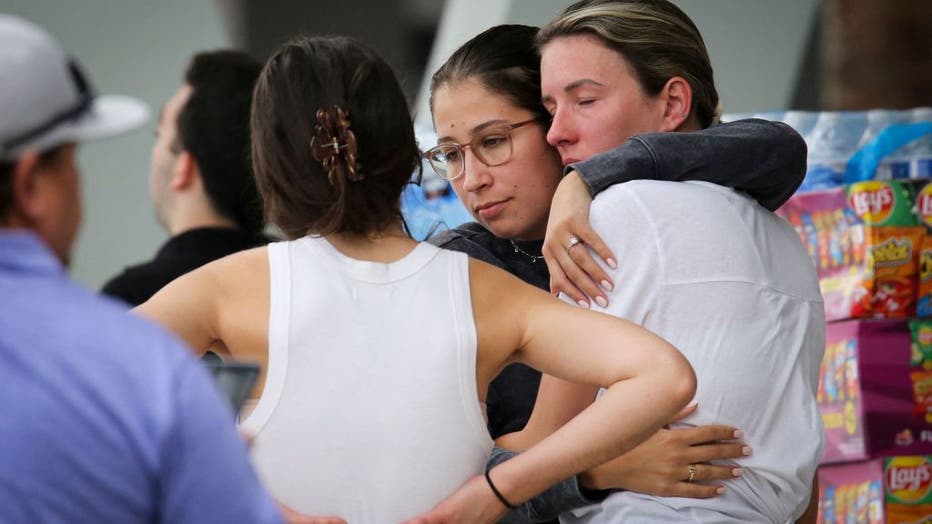 People react as they wait for news about relatives at the Community Center in Surfside, north of Miami Beach, Florida on June 25, 2021. - Four people were confirmed dead and 159 unaccounted on June 25 following the collapse of an oceanfront apartment 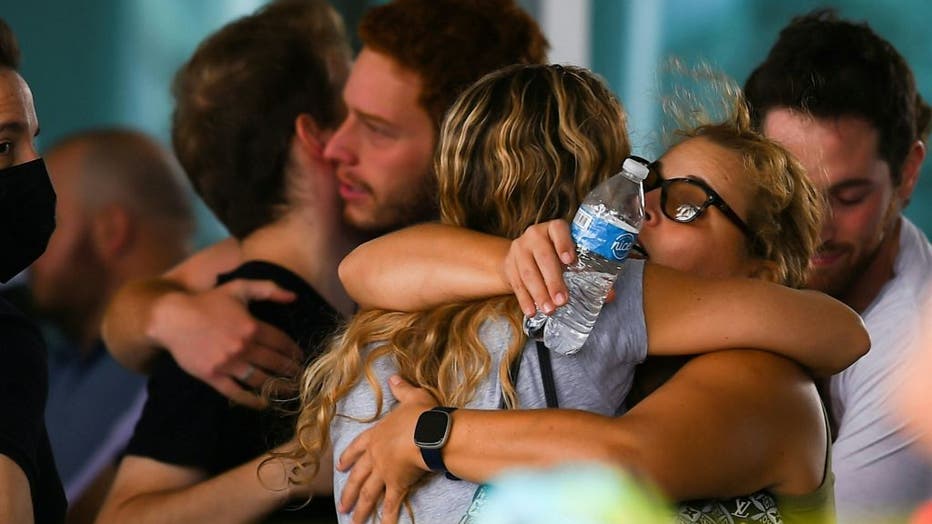 People hug as they wait for news about relatives at the Community Center in Surfside north of Miami Beach, Florida on June 25, 2021. - Four people are now known to have died in the collapse of an oceanfront apartment building near Miami Beach, offici

The 12-story building collapsed just after 1:30 a.m. on Thursday.

It could take several weeks, or even months, before investigators can determine what caused the collapse of a residential condominium tower in Surfside, Florida.