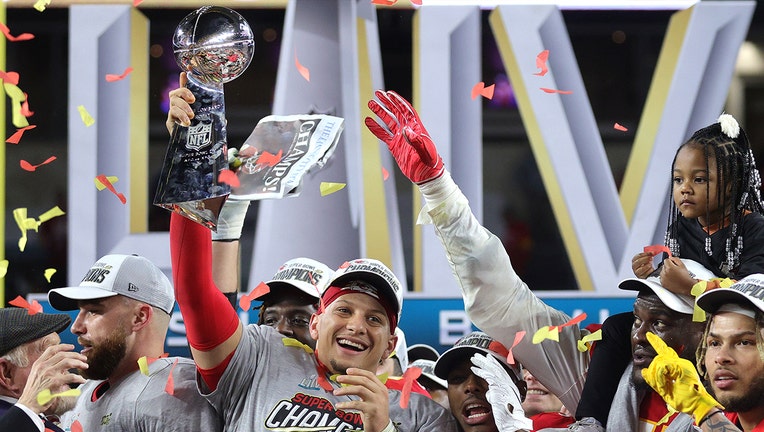 On Sunday night, the Kansas City Chiefs won Super Bowl LIV in Miami, beating the San Francisco 49ers 31-20. This is the team's first championship victory since 1970.

The Chief's quarterback, Patrick Mahomes, won the MVP honors for the game and after receiving the honor, he said that something he's wanted to say his whole life: "I'm going to Disney World."

Mahomes is now one of many Super Bowl heroes to utter those words following the big victory. He will join several other championship winners in a Disney Super Bowl TV commercial airing later this week, Disney announced on their blog.

They said that the MVP winning quarterback will arrive at Walt Disney World Resort on Monday. He will go through the parks and participate in an afternoon parade at Magic Kingdom.

In addition, Disney said that for the first time ever, they are inviting a Make-A-Wish child, 10-year-old Nathaniel from Texas, to ride in the celebratory parade too. 17 other 17 other Make-A-Wish children, whose wishes were to attend the Super Bowl, are also extending their wishes by visiting Magic Kingdom. Disney will donate $1 million as well to Make-A-Wish in honor of Mahomes' MVP performance.

Another celebratory parade for the Super Bowl champions will be held in Kansas City, Missouri on Wednesday.