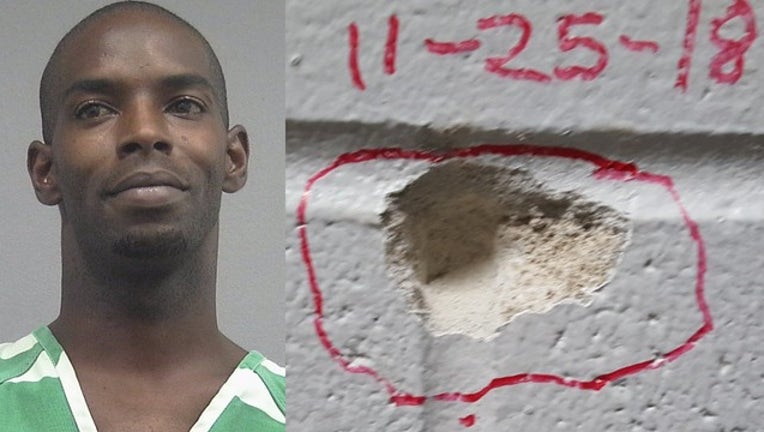 ALACHUA COUNTY, Fla. (FOX 35 WOFL) - An Alachua County inmate attempted to escape his jail cell by using a broom to chisel a hole in the concrete wall.

They went on to say that Terry failed to return the permitted broom to the broom closet earlier in the day. He reportedly hid it underneath his mattress until a later time, when he used to chisel out a hole.