A gas line ruptured in the middle of the night in Seminole County, forcing many out of their homes. The explosion was so powerful, people felt it as they slept. Officials said it was fortunate this happened in low population area.

SEMINOLE COUNTY, Fla. - A gas line ruptured in Seminole County overnight leading to massive flames shooting into the sky in Sanford. Hundreds of residents were told to evacuate.

This happened near the Black Bear Wilderness area just after midnight on Thursday.

Seminole County fire crews are monitoring the area where the gas transmission line ruptured.  It caused a large fire and brought down power lines. There were no reports of injuries.

The Fire Chief said it is very lucky that this gas leak was in a remote area or it could have been much worse. 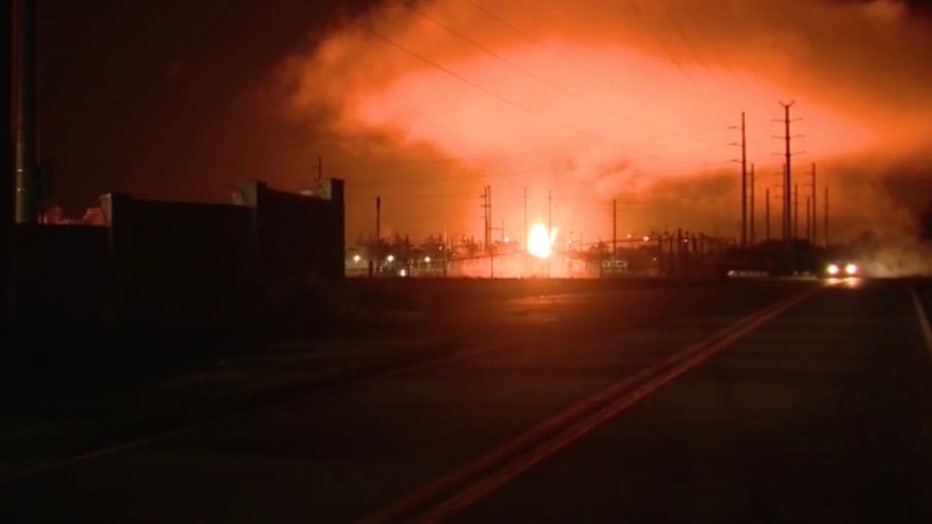 "For anybody that was watching the incident, it did look really bad in the distance but there was really no exposures in the immediate area," said Fire Chief Otto Drozd. "So while it looked bad, it was a very controlled operation.”

The Fire Chief said the gas leak did cause some brush fires in the area, but there was no significant damage and no one was hurt.

MORE NEWS: 'I thought it was an earthquake': FOX 35 talks to residents following gas line rupture in Sanford

"At that point, they shut off the valve and the gas burned out, the hazard was removed," he added.

"We packed up our dogs and a few snacks and drove off, and my father-in-law has a place up the road so we drove up there to stay," said Blackwood. "It was helpful."

The alert is helpful and available to everyone, at no charge.  It’s called Alert Seminole. Emergency Management Director Alan Harris said it’s a system to keep you and your family safe, during emergencies like this one.

"We can geospatial identify an area where there’s an emergency and notify all of the individuals in that community," Harris explained, adding that nearly 145,000 residents are registered in Seminole County.

The alert system is available in every Florida county. County workers can also communicate through the system.

Resident Dan Liebelt said he plans to sign up, after seeing how quickly his neighbor was informed.

"They said they got the alert so it helped them to know right away what was going on. I didn’t have a clue. I was looking online, couldn’t find anything," said Liebelt.

Residents were eventually allowed to return to their homes.

The U.S. Department of Transportation Pipeline and Hazardous Materials Safety Administration is investigating the cause of the blaze. If you have a power or gas outage, let your providers know.

The gas line was shut down remotely by Florida Gas Transmission who supplies gas to Florida Public Utilities in that area.

Seminole County fire crews are on the scene after a gas transmission line ruptured.