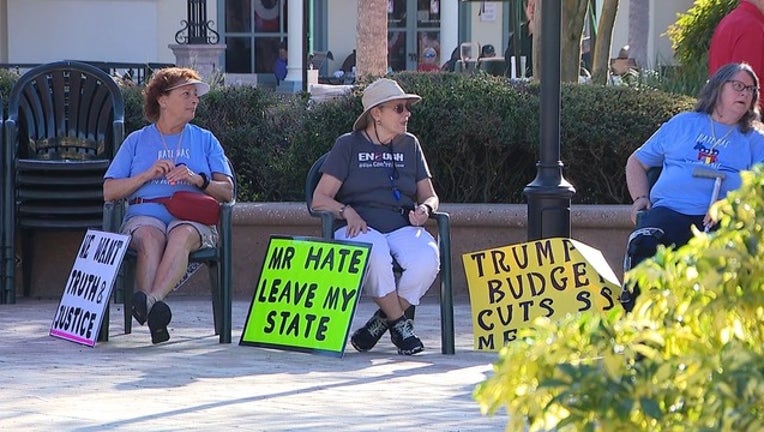 THE VILLAGES, Fla. (FOX 35 ORLANDO) - People who do not support the president protested his visit to Central Florida on Thursday.

President Donald Trump made his way to central Florida via Air Force One, landing at the Ocala International Airport.

Some of his supporters greeted him as he got off the plane, but people who do not support the president waited for him outside where he spoke at The Villages.

"We're going to protest his derisive message, his xenophobia, his bigotry. Chris Stanley with The Villages Democratic Club said.

The Florida Alliance for Retired Americans held a news conference ahead of the president's speech about Medicare.

Members of The Villages Democratic Club also protested the president's visit by wearing shirts and carrying signs. They said the executive order he signed will not help Medicare.

"I don't believe that at all not when you're calling for over $800 billion in cuts to Medicare, that's not going to improve it," The Villages Democratic Club member Ann Wade said ."What I think they're trying to do is privatize it, which will make it unaffordable."

We asked people who do not support the president how they were feeling now that impeachment proceedings have begun against him.

"I think it's way past due," Wade said ."He has committed so many crimes and it's time to impeach him."