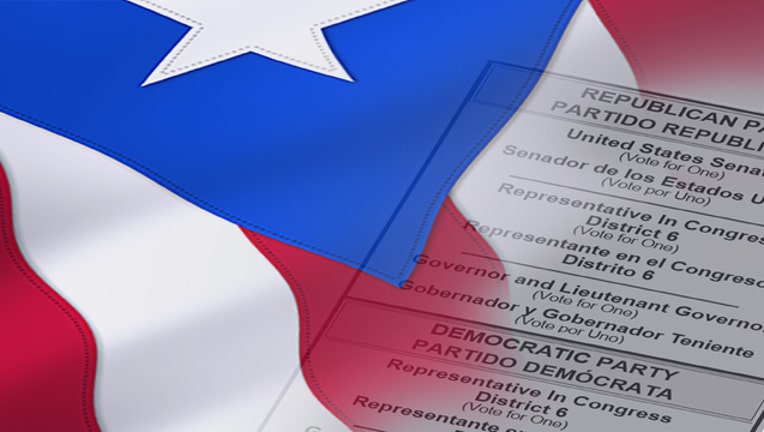 U.S. District Judge Mark Walker, in a 27-page ruling, partially sided with plaintiffs who sought an injunction to require Spanish-language ballots and other assistance for what are believed to be more than 30,000 Puerto Ricans in the counties.

“Voting in a language you do not understand is like asking this court (to) decide the winner of the Nobel Prize for Chemistry --- ineffective, in other words,” Walker wrote. “Courts have long held that the right to vote includes not only the right to physically enter a polling place and fill out a ballot but also the right to comprehend and understand what is on that ballot.”

But with the election less than two months away, he acknowledged concerns raised by county elections supervisors about making changes at this late stage. In issuing a preliminary injunction requiring the Spanish-language sample ballots, he declined to order such things as Spanish-language ballots and hiring bilingual poll workers.

Walker wrote that granting “all of plaintiffs’ requested relief would place significant hardships on election administrators.”

“If this court denies all relief to plaintiffs, they will lose their right to a meaningful vote,” he wrote. “This court would, in effect, be authorizing disenfranchisement. If this court grants all plaintiffs’ requested relief, defendants will be required to spend considerable time and effort to comply with the Voting Rights Act. They would have to do so in the lead-up to the November general election, which involves significant planning, logistics, and oversight --- all of which is well-documented in the record.”

The plaintiffs’ attorneys have focused on part of the Voting Rights Act that is aimed at people who were educated in schools where the predominant language was not English and that seeks to ensure they are not denied the right to vote. A motion filed by the plaintiffs said Congress enacted that part of the law “to protect the rights of Spanish-speaking Puerto Ricans to vote stateside.”

The plaintiffs also have pointed to an influx of Puerto Ricans to Florida after Hurricane Maria devastated the U.S. territory last year. Walker’s ruling said Rivera, the named plaintiff, moved to Gainesville after the storm.

“Puerto Ricans are American citizens,” he wrote. “Unique among Americans, they are not educated primarily in English --- and do not need to be. But, like all American citizens, they possess the fundamental right to vote. The issue in this case is whether Florida officials, consistent with longstanding federal law, must provide assistance to Puerto Rican voters who wish to vote. Under the plain language of the Voting Rights Act, they must.”

“Here we are again. The clock hits 6:00 a.m. Sonny and Cher’s ‘I Got You Babe’ starts playing. Denizens of and visitors to Punxsutawney, Pennsylvania eagerly await the groundhog’s prediction. And the state of Florida is alleged to violate federal law in its handling of elections,” he wrote sarcastically.

The ruling said 13 Florida counties --- Broward, DeSoto, Hardee, Hendry, Hillsborough, Lee, Miami-Dade, Orange, Osceola, Palm Beach, Pinellas, Polk, and Seminole --- provide Spanish-language ballots to comply with another part of the Voting Rights Act. Also, Collier and Volusia counties provide Spanish-language material, though they have not been required to do so. The lawsuit targeted 32 counties with Puerto Rican populations.

Alachua County Supervisor of Elections Kim Barton, who is a defendant in the case as a representative of other supervisors, said in court documents that she has taken a number of steps to try to help Spanish-speaking voters, such as providing a materials in Spanish, providing bilingual support in her office and planning to have a voters’ guide translated into Spanish.

“All of our election guides and voting guides were all translated,” Earley told The News Service of Florida. “We had printed copies, and copies available at the polling places. During early voting, we had one person request assistance in voting in Spanish, out of 206,000 registered voters or the 76,000 that voted.”