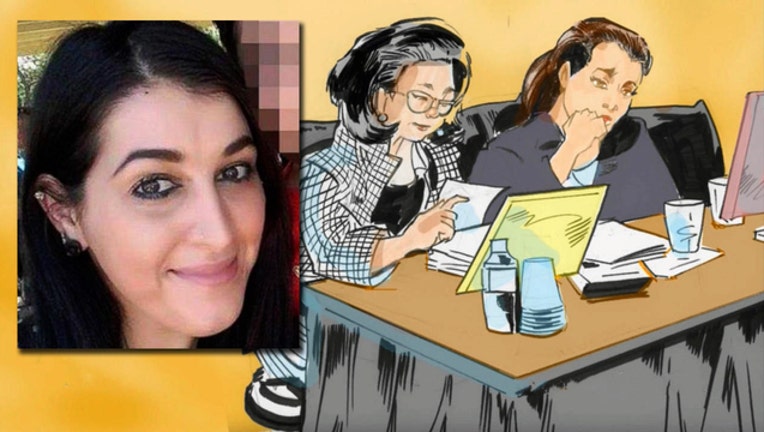 ORLANDO, Fla. (WOFL FOX 35) - The jury foreman on the Noor Salman trial released a statement to FOX 35 on Friday evening.  He said he thinks Salman knew about the planned attack at Pulse Nightclub, but the FBI botched the case.

Salman, 31, sobbed upon hearing the jury's verdict of not guilty of obstruction and providing material support to a terrorist organization, stemming from husband Omar Mateen's attack on the gay club in June of 2016.  The charges could have brought life in prison.

Salman's family gasped each time the words "not guilty" were pronounced.  On the other side of the courtroom, the families of the victims sat stone-faced and silent.

The stinging rejection of the case was a rare defeat for the government in a terrorism case, something the jury foreman said was the result of a failure on the part of federal investigators.  The 12-member jury spent two-and-a-half days deliberating the case.  The foreman asked that he not be named. Below is the his statement in its entirety:

“As foreperson of the jury in the Noor Salman trial I felt it important that I present a juror’s perspective of the verdicts. I am giving you my perspective, and not speaking for the entire jury. My initial inclination was not to communicate with the news media at all, however once I returned home a watched the news coverage of the reactions to the verdicts I felt compelled to at least clarify several misconceptions.

First, I want to express my deepest sympathy to family and friends of the victims of this senseless tragedy. I understand the desire to hold someone accountable for this heinous act of violence. Omar Mateen is dead. He cannot be punished. It is only logical the world would look next to Noor Salman.

These past few days have been very difficult. We listened carefully to opening arguments, testimonies from both prosecution and defense witnesses, viewed many exhibits and heard closing statements. We received many pages of documentation from the court outlining very specific instructions related to the charges and how we should apply the law. We used these detailed instructions, our courtroom notes, and all evidence presented by both sides in our deliberations.

Having said that, I want to make several things very clear. A verdict of not guilty did NOT mean that we thought Noor Salman was unaware of what Omar Mateen was planning to do. On the contrary we were convinced she did know. She may not have known what day, or what location, but she knew. However, we were not tasked with deciding if she was aware of a potential attack. The charges were aiding and abetting and obstruction of justice. I felt the both the prosecution and the defense did an excellent job presenting their case. I wish that the FBI had recorded their interviews with Ms. Salman as there were several significant inconsistencies with the written summaries of her statements. The bottom line is that, based on the letter of the law, and the detailed instructions provided by the court, we were presented with no option but to return a verdict of not guilty.”