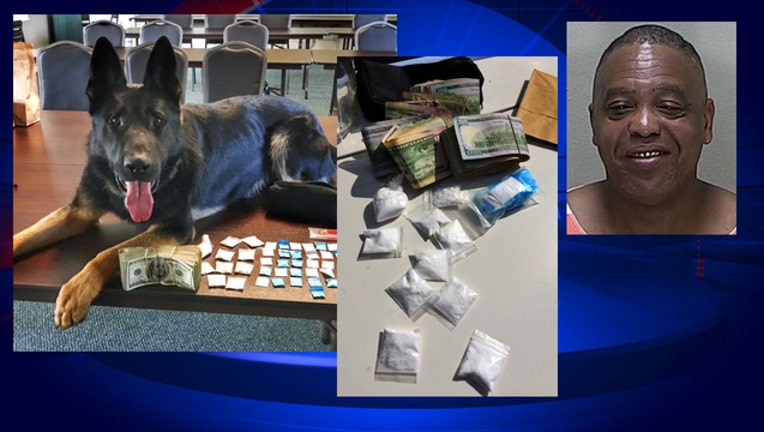 MARION COUNTY, Fla. (WOFL FOX 35) - The Marion County Sheriff’s Office has arrested a man on a charge of trafficking amount of cocaine, and the process, seized almost $11,000 in cash.

Deputies on Wednesday were patroling in the area of NE 175th Street Road and North Highway 301 when they said they spotted a driver, later identified as Eugene Clark Johnson Jr., 47,  traveling close to 25 miles per hour over the posted speed limit.

During a search, deputies said they found approximately 80 grams of cocaine in Johnson’s car along with the cash.  The amount of cocaine seized during this traffic stop has an approximate street value of $8,000.

Johnson has been charged with one count of trafficking cocaine -- more than 28 grams, but less than 150 kilograms and possession of a harmful new legend drug (Viagra) without a prescription. He is being held in the Marion County Jail on $51,000 bond.