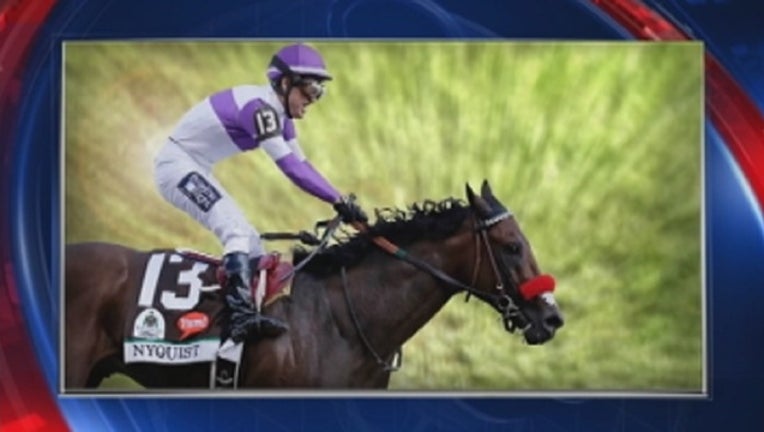 OCALA, Fla. (WOFL FOX 35) - Before Nyquist won the Kentucky Derby on Saturday, he got his start in Central Florida. He was trained at the Niall Brennan stables in Ocala.

The stables seem to be a place where some winning horses get their start.

Niall Brennan and his team bought thoroughbred Nyquist as a yearling in September 2014, then sold him to his current owners in March 2015 for $400,000.

For seven months, the stables were Nyquist’s training ground with other horses.

Brennan said, “It’d be kind of like boot camp for kids, you know.”

Boot camp beginning with baby steps. Things like getting them exercised, teaching them how to gallop properly and how to switch the leads.

They noticed Nyquist began moving to the top of his class.

Brennan said, “He wasn’t like the kid at the back of the class that’s always missing. He was up forward. He wanted to learn. He had the athletic ability. He was a beautiful physical specimen.”

Brennan said, “It was extremely exciting. It was exhilarating. We’re just blessed to be a part of his journey.”

His journey that got its start in Ocala.

Brennan said, “Hopefully there are more in the future because you never get tired of this feeling!”