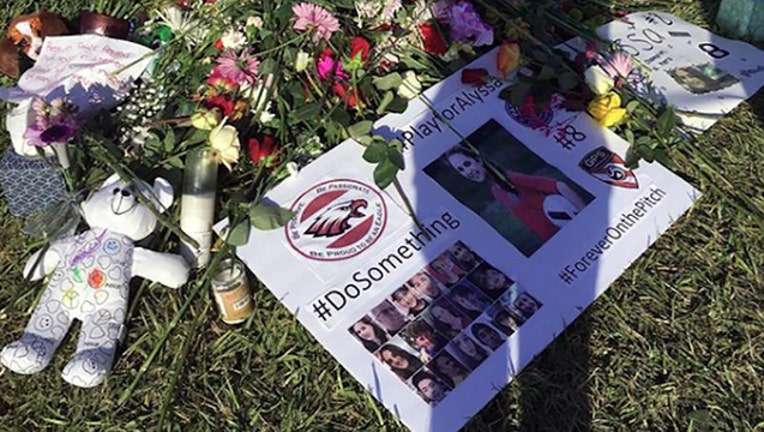 TALLAHASSEE, Fla. (NSF) - A second gun-related bill has been postponed in the Florida Senate in the wake of last week’s mass shooting at a Parkland high school, as legislative leaders craft a multi-pronged response to the massacre and Gov. Rick Scott plans a series of workshops about school safety and ways to keep guns away from people struggling with mental illnesses.

The scramble by lawmakers to react to the deaths of 17 people Wednesday at Marjory Stoneman Douglas High School comes with less than three weeks remaining in the annual legislative session and as students from Parkland, along with their counterparts from Leon County, are expected to flood the Capitol this week demanding gun control.

Incoming Senate President Bill Galvano, R-Bradenton, expressed confidence Monday that measures under consideration --- including raising the age to 21 for the purchase of “assault” rifles by people not in law enforcement or the military, establishing a waiting period for the purchase of such weapons and reviewing background screening requirements --- can be completed before the 60-day session ends March 9.

“I actually am confident because there seems to be a real commitment to address the issues we’ve discussed, and the level of importance attributed to them is very high,” said Galvano, who is slated to become Senate president in November.

The Senate has already proposed a $13 million spending increase, to $78.1 million, for school safety and another $100 million as part of a new category of K-12 school funding specifically to assess and treat mental health (SB 1434).

Asked if the House was working on similar measures, House Speaker Richard Corcoran, R-Land O’ Lakes, issued a statement Monday that said he looks forward to “working with the governor and Senate to find solutions that fulfill the most fundamental mission of government --- to keep our citizens --- our children --- safe.”

Other measures under consideration by Galvano include seeking to improve school safety by identifying gaps in security and potentially expanding a program under Polk County Sheriff Grady Judd that enables authorized and trained employees at the private Southeastern University in Lakeland to carry concealed firearms to respond to assailants on campus.

The program comes as Sen. Dennis Baxley, R-Ocala, said lawmakers weren’t ready for “that conversation” on his proposal (SB 1236) that was slated to go to the Senate Judiciary Committee on Tuesday. The proposal, which would allow designated people with concealed-weapons licenses to carry guns at schools, was removed from the committee agenda.

“All these prevention things that we can do could be wonderful, but at the end of the day, we still have to deal with that first five minutes (of an actual incident),” Baxley said. “You can restrict the instrument of violence, and they’ll choose other instruments.”

Baxley added that he could see the proposal being considered as part of a larger package that Galvano and Senate Majority Leader Wilton Simpson, R-Trilby, roll out.

Judiciary Chairman Sen. Greg Steube, R-Sarasota, advised Republican senators late Friday that he was taking the bill off the agenda.

A day earlier, a proposal (SB 740) that would allow some concealed-weapons license applications to be approved when background checks have not been completed was postponed by the Senate Appropriations Committee.

The proposal is part of a wide-ranging bill for the Department of Agriculture that has been rescheduled for Thursday. Sen. Kelli Stargel, a Lakeland Republican sponsoring the bill, filed an amendment on Monday that would remove the language regarding the concealed-weapons applications.

Meanwhile, a separate bill (SB 1048) by Baxley that would allow people with concealed-weapons licenses to carry guns on the grounds of churches and other religious institutions that share property with schools is set to appear Wednesday before the full Senate.

“I think we reached a pretty good place on that,” Baxley said.

The proposal isn’t as far-reaching as a House version (HB 1419). Under current law, people with concealed-weapons licenses can carry guns at churches and other religious institutions, but they are barred from doing so if schools are on the property.

Crafted with an eye on a church massacre in Texas last November, Baxley’s version includes restrictions, such as a prohibition on carrying guns during school hours or when school extracurricular activities take place.

The restrictions were needed to get Baxley’s bill through the Judiciary Committee, where Sen. Rene Garcia, R-Hialeah, and Sen. Anitere Flores, R-Miami, have joined with Democrats to block bills backed by Second Amendment advocates the past two years.

After the Parkland shooting, Garcia and Flores requested Senate President Joe Negron, R-Stuart, establish a task force to look into issues such as mental-health treatment, hardening soft targets such as schools and the possibility of hiring former military members and police officers to patrol school grounds.

For his part, Scott has organized workshops Tuesday in Tallahassee that will include education officials, child welfare advocates and law-enforcement officials. The workshops will not be open to the public but will be streamed live on The Florida Channel. Scott will hold a roundtable discussion at the end of the day.

“While there are only three weeks left of the legislative session, we must make changes to keep students safe,” Scott said in a prepared statement. “A tragedy like what occurred in Broward County must never happen again, and swift action is needed now.”

Democrats have used the shooting to renew efforts to seek a hearing on a proposal (SB 530 and HB 231) intended to prevent people at high risk of harming themselves or others from accessing firearms.

“This legislation will not solve all of the problems in our state, but it is a step in the right direction and will help save lives,” said Rep. Richard Stark, D-Weston.