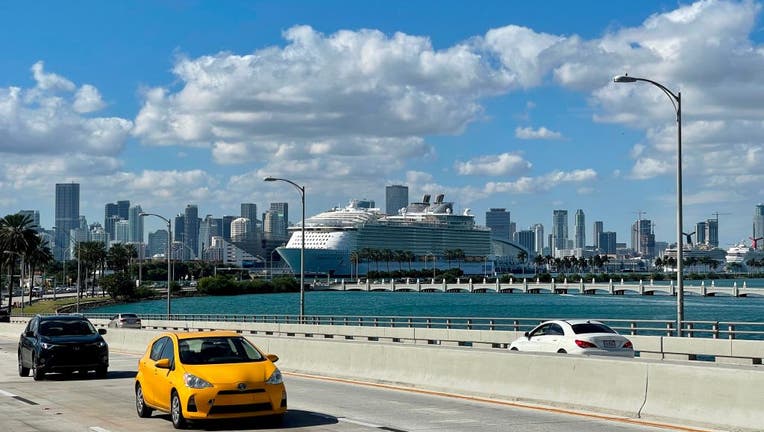 The cruise ship "The Harmony of the Seas" part of the Royal Caribbean International fleet, is seen moored at a quay in the port of Miami, Florida, on December 23, 2020, amid the Coronavirus pandemic. (Photo by Daniel SLIM / AFP) (Photo by DANIEL SLIM

TALLAHASSEE, Fla. - Local governments would be unable to impose a wide variety of regulations on any of the state’s 15 seaports, under a bill filed Tuesday by Sen. Jim Boyd, R-Bradenton.

The preemption proposal (SB 426) would prohibit local governments from restricting or regulating commerce, the size, and types of vessels, the source or type of cargo, or the number, origin, or nationality of passengers.

The bill, filed for consideration during the legislative session that begins March 2, also seeks to void county and municipal policies that "existed before, on, or after the effective date of this act."

The measure would go into effect upon becoming law.

In November, the Florida League of Cities included blocking "preemption" bills as part of its game plan for the 2021 legislative session. About 140 bills have been filed the past four years that include some form of preemption, a concept that generally involves removing the authority of local governments on issues and giving control to the state.