Go along with Ever for her big day at MacDill AFB

5-year-old Ever hopes to be a pilot, and the team at MacDill was happy to show her around.

TAMPA, Fla. - A brave young girl battling cancer achieved her dream of becoming an honorary Air Force pilot this week thanks to the team at MacDill Air Force Base and the National Pediatric Cancer Foundation.

Five-year-old Ever Young donned a custom green flight suit for her big day Tuesday, which included a tour of MacDill’s air traffic control tower and a chance to sharpen her skills in a flight simulator before taking a seat in the real thing.

In photos shared by the base, Ever can be seen sitting at the controls of a KC-135 Stratotanker – her wide smile clearly visible from behind her COVID mask. 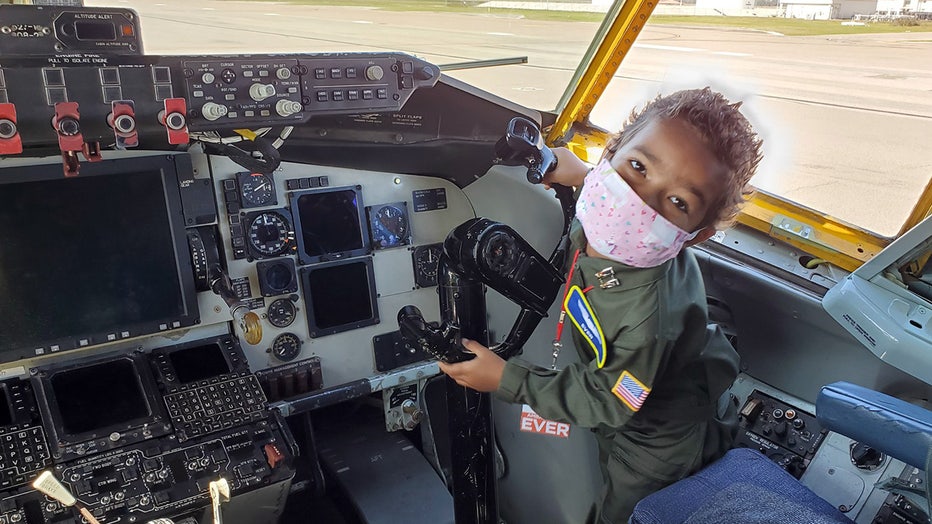 A beaming Ever sits at the controls of a KC-135. (MacDill AFB photo)

She also got to meet some of the grown-up heroes at MacDill, including base commander Col. Benjamin Jonsson, who gave her the rank of honorary captain.

"We are so happy to have you here," Col. Jonsson told her, handing her a special 6th Air Mobility Wing patch for her suit. "Thank you for being a part of our team today." 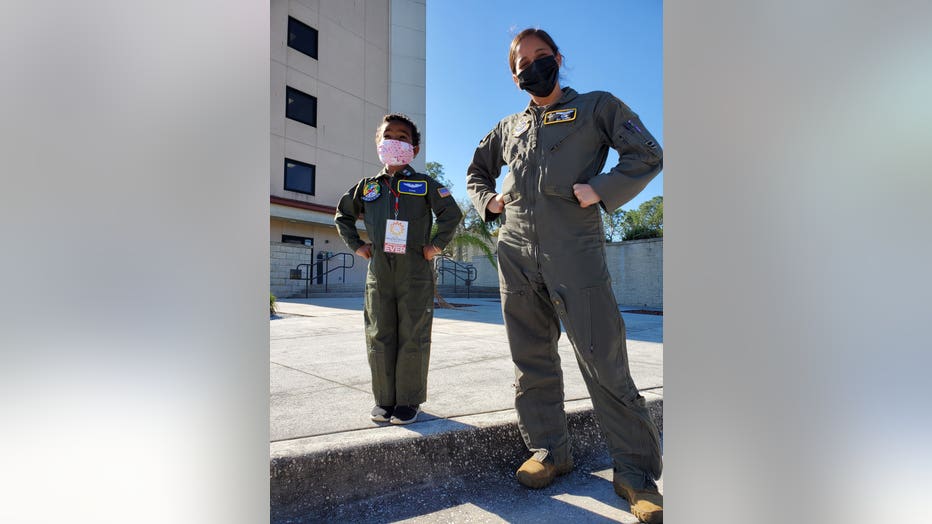 Ever poses with one of her role models. (MacDill AFB photo)

Ever was diagnosed with T-cell acute lymphoblastic leukemia last January and is still undergoing treatment. Her family drove up from Fort Myers for the day, which was arranged with the help of the National Pediatric Cancer Foundation.

The Tampa-based charity was started 30 years ago by two parents of cancer patients. Their goal is to fund research to eliminate childhood cancer and improve treatment for pediatric patients. 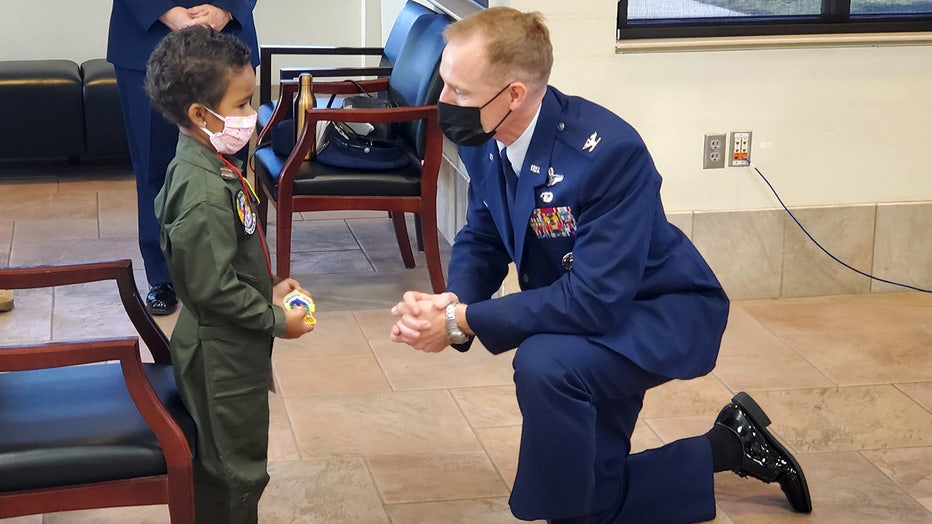 They normally hold 'dream walk' fashion shows to help their young patients connect with role models, but that’s not always possible amidst the COVID pandemic. They recently teamed up with the Manatee County Sheriff’s Office; in this case, the folks at MacDill were happy to step in and host.

"We were thrilled at the opportunity to inspire Ever and her family," offered Terry Montrose, the base's chief of community relations.

Ever hopes to become a pilot and possibly follow in the footsteps of her great-grandfather, who flew in World War II and the Korean War. She got to meet with two female pilots during her visit to the base, and they’ll be the ones walking the runway in her honor at next weekend’s Fashion Funds the Cure fundraiser in Sarasota.

Ever will still get to appear virtually at the event, while a video showing the many highlights of her big day are played. 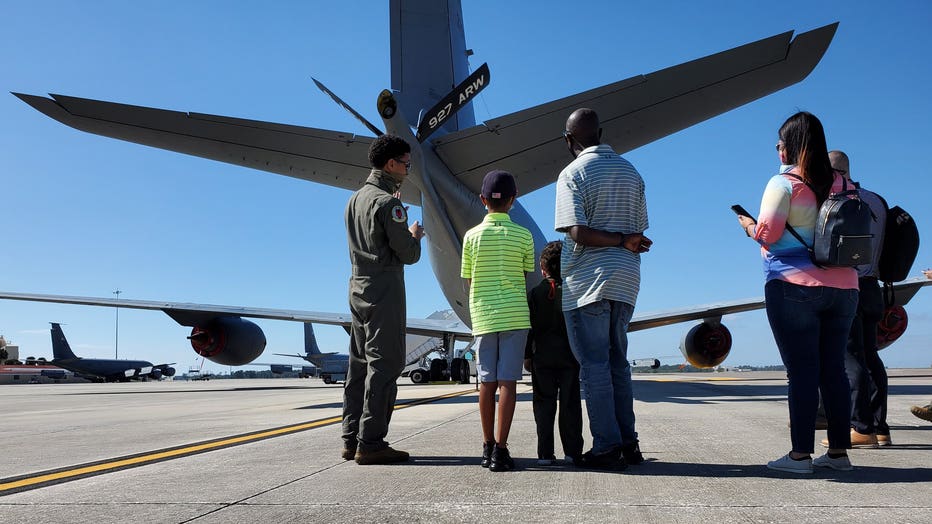 Ever, her parents, and her brother all got a tour of the base. (MacDill AFB photo)

"It’s something that we’re proud of, to give the inspiration that these kids can grow up and be what they want to be," said NPCF development director Dawn Zachman.

"We are always looking for tomorrow’s airmen, and we would be thrilled if Ever is soaring above the clouds one day," Montrose added. "Even if her path keeps her grounded, every airman that came in touch with Ever was touched with a lasting impression, so we received as much as we gave." 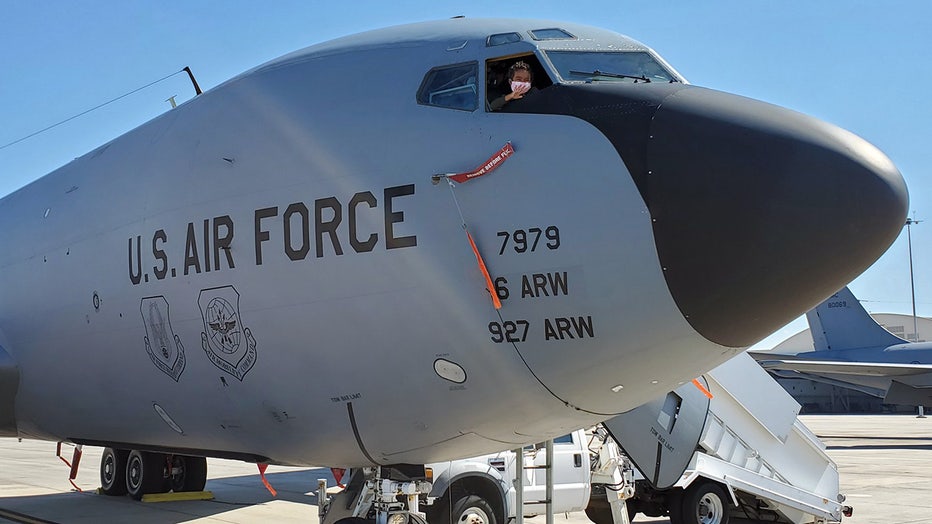 Ever waves from the cockpit of a KC-135. (MacDill AFB photo)