A man is accused of shooting down a Lake County Sheriff's Office drone while it was investigating a possible crime.

EUSTIS, Fla. - A Florida man has been arrested, accused of destroying a law enforcement drone.

Deputies said they were investigating a possible burglary and deployed the drone to surrounding lots. They said Goney, who lived nearby, fired at the drone.

We talked to drone expert Kevin Hale from DLSRPros who said he was not surprised.

"Oftentimes people in rural areas, people discharging firearms at drones is not new. This has been happening for a while." 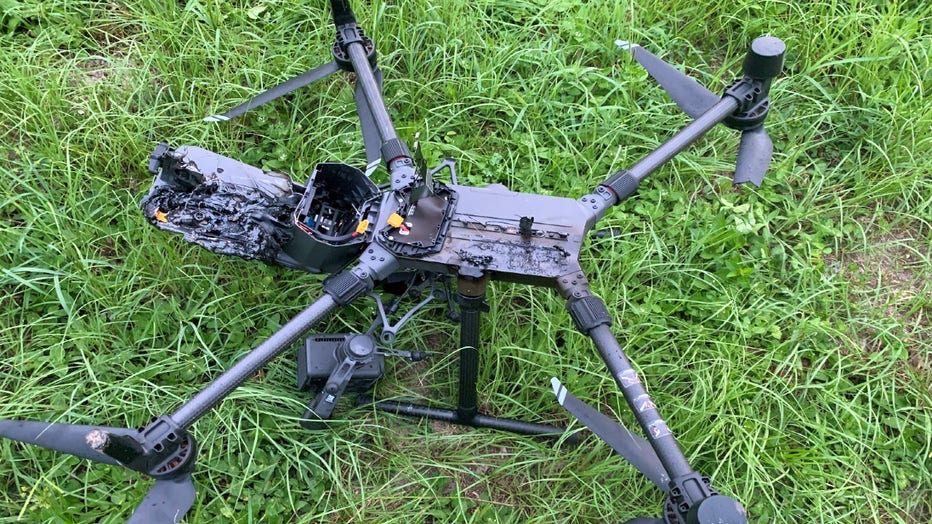 In the arrest report, Goney told deputies he heard the drone flying and thought it was trying to harass him. He told them he stepped outside with his rifle and shot it while in the air.

We asked attorney Lawrence Walters what the law is when a drone is on private property.

"Airspace is considered to be a public thoroughfare just like a street and individuals have the right to fly drones around in airspace, so long as they’re not conducting surveillance or violating someone’s reasonable expectation of privacy."

Deputies said Goney has a criminal history. He is charged with possession of a firearm by a convicted felon, improper exhibition of dangerous weapons, and shooting or throwing deadly missiles.

"We deal with hundreds and hundreds of repairs, I would say a couple hundred a month. And we get maybe two to three a year concerning actual damage from firearms. It’s very rare."

Hale said it could cost Lake County hundreds to thousands of dollars to repair the damage, though sometimes it’s under warranty.

"We’ve worked with them in the past. Great group of guys, they’re responsible operators."