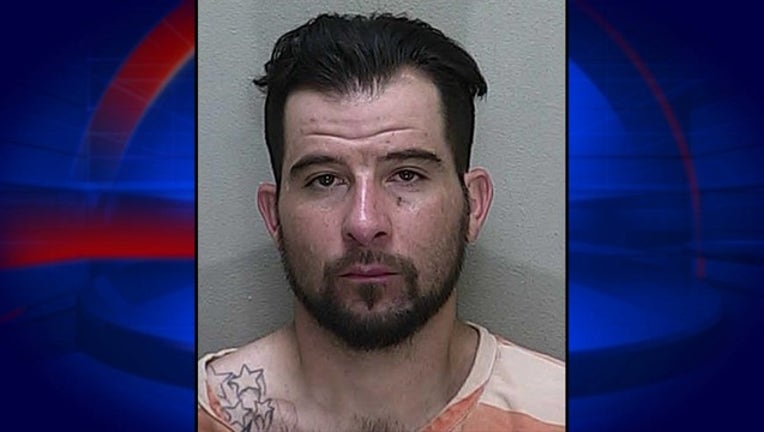 OCALA, Fla. (FOX 35 WOFL) - The Marion County Sheriff's Office says that in the early hours of Monday, April 16th, deputies arrested 31-year-old Erick Russell Miller after he broke into a home located on SW 32nd Court in Ocala because he was being "chased" by an unknown group of people.

Deputies say that once Miller was inside the home, he began to arm himself with kitchen knives and displayed other forms of paranoid behavior. One of the residents attempted to hold Miller at gunpoint, causing him to flee from the house. He was quickly located and arrested.

The victims told deputies that kitchen knives were scattered throughout the home and that a stack of change was left on the front patio.

When deputies found Miller, they say that he was found with two knives in his possession that were taken during the burglary. Miller admitted to deputies that he broke into the home because he thought people were chasing him. He also said that he removed the change from his pockets on the back patio of the victims' home because the coins were making too much noise.

Miller continued to speak to deputies, reportedly saying that once he was inside the home, he drank a bottle of water, gathered weapons to protect himself, and removed all the night lights from the power outlets in order to hide from "the people who were chasing him."

Deputies say that Miller could not give them any names or descriptions of the people he says were chasing him.

Miller has been charged with Armed Burglary of Dwelling and is being held in the Marion County Jail on $10,000 bond.