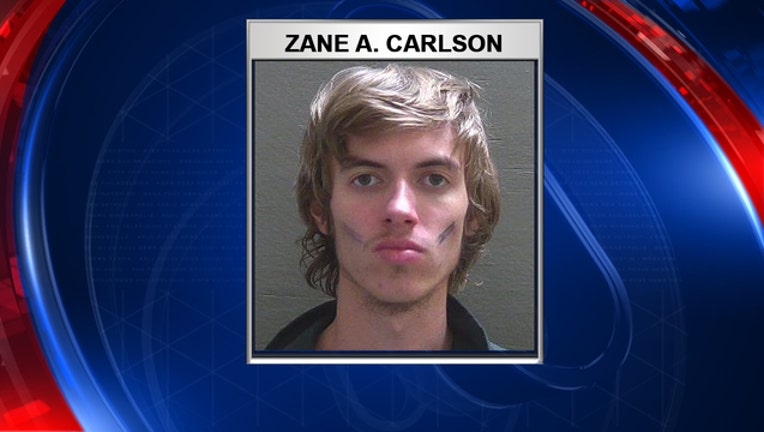 PENSACOLA, Fla. (WOFL FOX 35) - Police say a man drove through a Florida airport fence and onto an active runway.

Police said 20-year-old Zane Alexander Carlson was arrested Wednesday at Pensacola International Airport on suspicion of trespassing and criminal mischief, after speeding down an active runway at around 100 mph, and then doing doughnuts with his vehicle in a grassy area.

Police did not know what motivated Carlson to drive through the airport fence.

“We don’t know what he was thinking, we don’t believe that alcohol was involved," Officer Mike Wood with the Pensacola Police Dept. said of the scene, as per Fox 10 News. "The best that we have from him is he just felt like driving on the runway.”

Police said Carlson then drove into an open hangar where he continued to drive in circles until officers arrived.  Wood said that no air traffic was affected due to Carlson’s stunt, as no airlines were on the runway at the time.

Carlson was being held Thursday on $15,000 bail. Escambia County jail records did not show whether he had an attorney.  He is charged with criminal mischief and trespassing, though more charges may be added, Fox 10 reports.

The Associated Press and Fox News contributed to this report.