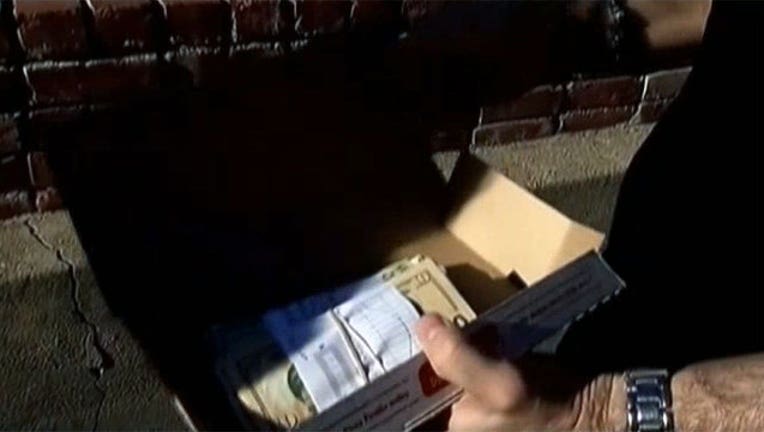 BERKLEY, CA. - A man in Berkeley, California got quite the shock when he realized his box of chicken wings from Domino's Pizza was filled with cash.  "About 5 a.m. I got home from work and went to my fridge and pulled out what I thought was wings and turned out to be $1,300 bucks!" said Mike Vegas.

Vegas says he was relaxing at home and decided to order pizza and some wings from Domino's. He said he ate one slice of pizza and put the rest of the food, including the box of wings in the refrigerator. Hours later, he said his phone started ringing, but he didn't answer because he was at work.   "My phone started blowing up and I wasn't looking at the random messages, I was at work," said Vegas.

The calls were from the delivery driver who was on his way to the bank. It turned out, the driver had put the money in the wings box for safekeeping but then accidentally delivered the box with cash. It wasn't until Vegas got home from work that he opened the box of wings and found the cash.

Vegas said he  wanted to keep the money but knew the right thing to do was to give back.  " I wanted to keep it believe me! But I can't, I can't do that," said Vegas.  Instead, he went back to the store and returned the money to its rightful owner. To say thank you, Domino's offered him free pizza for a whole year.  "Honest people are really, really hard to find these days,' said store manager Zia Mumtaz.