Disney granted a terminally ill man's dying wish to see “Star Wars: The Rise of Skywalker” with his family on Friday before its official release.

HAMPSHIRE, U.K. - Disney allowed a terminally ill man to see “Star Wars: The Rise of Skywalker” with his family on Friday before its official release.

The man is currently under care at Rowans Hospice, which serves residents in Portsmouth and South East Hampshire, U.K.

On Tuesday, the hospice tweeted their patient’s last wish.

“Can you help? We have a patient who's a HUGE #StarWars fan. Sadly, time is not on his side for the 20th Dec. His wish is to see the final Star Wars film #RiseOfSkywalker with his young son. If you know ANYBODY who might be able to make it happen, please share with them. Thank you,“ the hospice tweeted.

“This is our most desperate hour. Help us @HamillHimself, @jjabrams you're our only hope. #Alderaan #ImNotGoingToAlderaan!" the hospice said in a second tweet.

“On this Thanksgiving, we at @Disney are grateful to be able to share #TheRiseOfSkywalker with a patient and his family @RowansHospice. May the force be with you and with us all!“ Iger tweeted Thursday on Thanksgiving.

The patient, his family and the hospice were elated that the man’s wish was fulfilled.

“We want to let everyone know that Disney has created a truly magical moment for our patient and his family,” the hospice said. 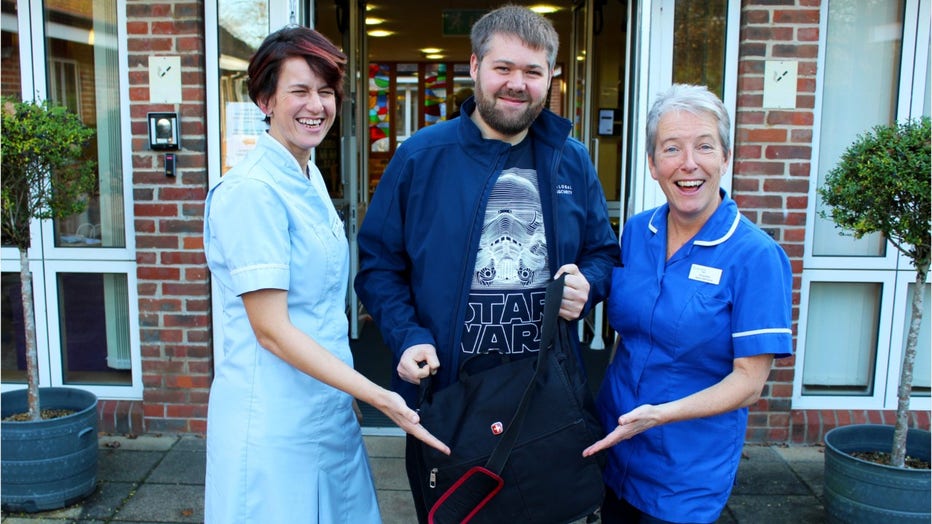 The patient also released a statement through the hospice.

“I just want to say the biggest thank you to everyone that has helped to make this happen. During what is just a horrible situation to be in, you have helped to make some wonderful memories and bring some joy to my family,” the patient said.

“I am a huge Star Wars fan and what I am going through is completely dire. Then to top it all, I thought I wasn’t going to see the film I have been waiting to see since 1977!  I still can’t believe it. The only way I can describe this to you is to say that this must be what it feels like to be told you have won a million pounds!” he said.

The patient’s wife also commented on the impact of her husband’s fulfilled wish.

“We are truly humbled by everyone’s support.  What has happened over the past few days has been truly mind-blowing. From a simply conversation, to witnessing the outpouring of generosity has been amazing. The massive Star Wars community has been incredible,” she said. “The amazing people who have visited, along with the messages and gifts we have received have provided us with an opportunity to talk to our son more about the reality of his Dad’s condition.”

“Thank you to everyone who has helped to make this happen. We will be forever grateful for these wonderful memories,” the patient’s wife said. 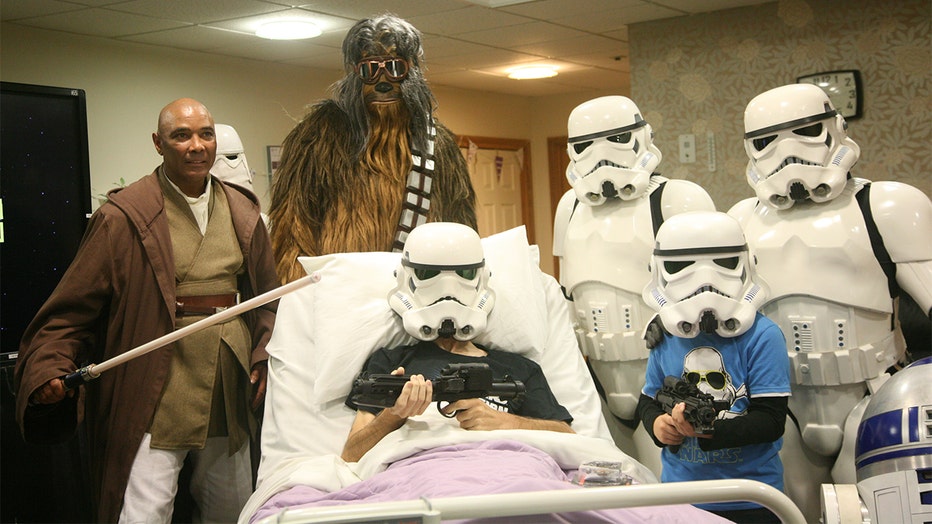 A "Star Wars" party was thrown for the patient on Wednesday. The patient is on the bed and his son is by his side in the blue t-shirt. (Photo: Rowans Hospice)

Lisa Davies, a health care support worker at Rowans Hospice, brought the patient’s wish to the attention of the rest of the staff at the hospice. She said she was “utterly speechless about what has happened.”

“We cannot thank Disney enough for helping us to fulfill our patient’s wish, we totally appreciate that they have had to move mountains to make this happen!” she said.

“The response from everyone, including the Star Wars community, has been absolutely phenomenal. So a massive thank you to every single person that has shared our post, given their time to help make it happen, given Star Wars themed gifts or travelled and spent time with the family to provide an unforgettable Star Wars experience,” Davies said.

Julie Strutt, the hospice’s marketing manager, added, “We are so thankful to all of the staff at Disney who have given up special time with their families to offer something special during American Thanksgiving.” 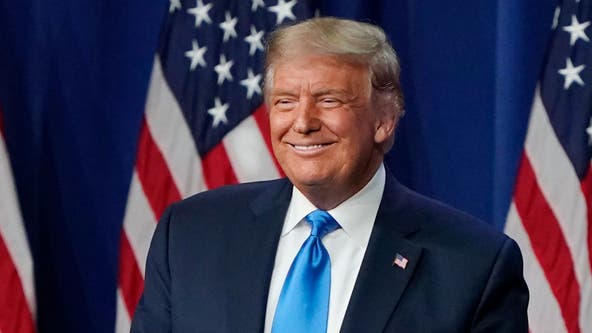