Police: Over $500K worth of meth found on man during layover at Orlando airport

A man was arrested during a layover at the Orlando International Airport because he had over 22 pounds of crystal meth in his bag, valued at more than half a million dollars, police said.

ORLANDO, Fla. - More than 22 pounds of methamphetamine made its way across the country before police say Eli Priestly Brown got caught trying to walk through Orlando International Airport security with the drugs in his backpack.

"The more we get those dirtbags off the streets, the better it is for our children, our friends," said Christopher Hinn, a security expert, and former Department of Homeland Security official. He added that he was not surprised. "There's always going to be someone who thinks they're smarter than the average security officer -- or FBI, drug agent, vice agent. They just think they can do it and get away with it."

Orlando Police said Brown was connecting through Orlando from Los Angeles to Louisville, Kentucky. An Orlando agent with the Transportation Security Administration (TSA) found more than a half-million dollars’ worth of drugs during a bag check, according to investigators.

RELATED: Over $500K worth of meth found on man during layover at Orlando airport, police say

"Very much so. What could happen is human error. Not every agent is as sharp as this one in particular," Hinn said, "so they made two mistakes here, the individual who carried them, but TSA agent -- may be the first time they missed it, they got him on the second one."

Hinn also said not every airport security K-9 is trained to find drugs. 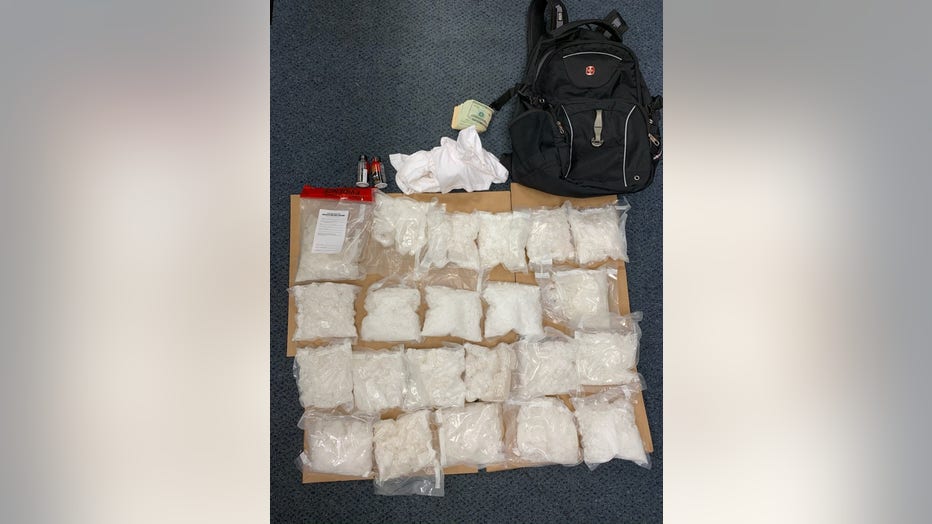 "K-9's are specifically trained for certain tasks or missions. You have a drug dog, an explosives dog, and on and on. Pretty much what could happen is that the K-9 was not available at the time."

Orlando Police also found $900 cash on Brown. They booked him into the Orange County jail on drug trafficking charges, with a $500,000 bond.