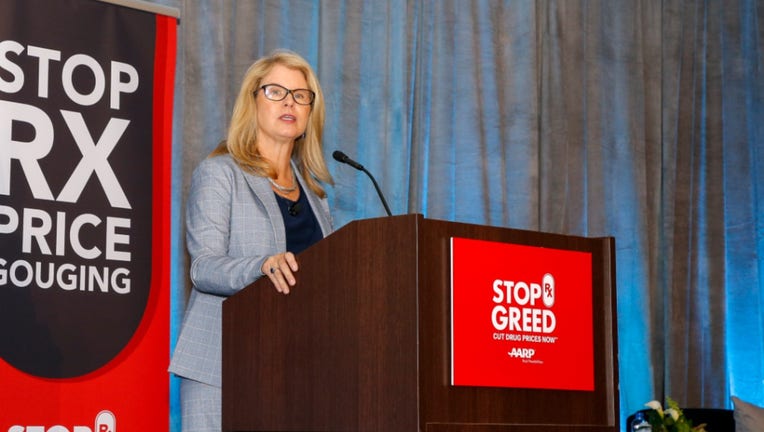 TALLAHASSEE, Fla. - Florida Agency for Health Care Administration Secretary Mary Mayhew, who has been one of the state’s key people handling the coronavirus pandemic, is stepping down to take a job with a hospital industry group.

Gov. Ron DeSantis’ administration announced Friday that Mayhew will become president and CEO of the Florida Hospital Association, an organization whose members rely heavily on state funding overseen by the Agency for Health Care Administration.

Mayhew’s departure comes at a pivotal time. She had just finished shepherding new visitation rules for nursing homes amid the pandemic and was fending off criticism and legal challenges over AHCA’s decision to award a $135 million contract to the same company that built Florida’s much-maligned online unemployment system.

In a statement, the governor’s office said that a formal search was underway to find a new secretary for the agency, which oversees Florida’s nearly $30 billion Medicaid program.

“From spearheading my administration’s efforts to allow for the importation of safe and affordable prescription drugs from Canada, to navigating our top priority during the COVID-19 pandemic to protect the most vulnerable, Secretary Mayhew has served Floridians well and we wish her all the best on her new endeavor,” DeSantis said in a prepared statement. “The FHA (the hospital association) has made an excellent choice.”

The announcement marks the second time in less than two years that the agency’s top official has left to work for a hospital industry group. Mayhew’s predecessor, Justin Senior, took a position leading the Safety Net Hospital Alliance of Florida.

Mayhew is slated to start her new job in October, with the announcement coming days after the state said it was lifting visitation restrictions at nursing homes and assisted living facilities. The reopening blueprint stems from recommendations issued by the Task Force on the Safe and Limited Re-Opening of Long-Term Care Facilities, which Mayhew chaired.

Mayhew, in a statement Friday, said she was “humbled to have supported the governor as he led our state in the face of an unprecedented pandemic and public health crisis with his unwavering commitment to protecting our most vulnerable.”

Mayhew began her job at AHCA on Jan. 22, 2019 and is paid $161,000 annually, according to state records. Before coming to Florida, Mayhew served as deputy administrator and director of Medicaid at the federal Center for Medicaid and CHIP Services, a position she landed after an unsuccessful run for governor in Maine. Mayhew was defeated in the 2018 Republican primary.

Mayhew also served as the commissioner of the Maine Department of Health and Human Services and prior to that spent 11 years as a vice president of the Maine Hospital Association.

Mayhew said she is taking her new job “in the midst of the most challenging and uncertain health care environment of our lifetimes.”

Hospitals across Florida have had to navigate the coronavirus pandemic, including a period when they were unable to do elective surgeries, which wreaked financial havoc on the facilities.

Also, the DeSantis administration initially required hospitals to retain nursing-home patients with coronavirus infections until they had two negative tests within a 24-hour period. The initial rollout of the policy drew some criticism from hospitals and has subsequently been repealed, replaced by a policy that allows hospitals to release patients based on symptoms.

Mayhew’s selection to lead the Florida Hospital Association marks the first time in recent history that a woman has been at the helm of the group, though Executive Vice President Crystal Stickle has been serving as interim CEO after Bruce Rueben stepped down at the end of 2019. Stickle remains on staff as executive vice president, according to the association.

"We are ecstatic to have Mary Mayhew as our next president and CEO," association board Chairman Aurelio M. Fernandez, III, president and CEO of Memorial Healthcare System, said in a prepared statement. “As CEO of FHA, she will bring a renewed vigor to the organization as it continues to innovate and grow with its members."

Mayhew will be precluded legally from lobbying her former agency for the next two years, but she will be allowed to lobby the Legislature, which is responsible for setting aside money for hospitals in the state’s annual budget.

Mayhew is one of several officials who have announced plans recently to depart AHCA, which administers the Medicaid program but also regulates hospitals, nursing homes, and scores of other health care facilities across the state.

Stefan Grow, the agency’s former general counsel, submitted a resignation letter Aug. 20 saying he had accepted a position in the private sector. Assistant Deputy Secretary for Medicaid Operations Abbie Riddle announced in a July 17 resignation letter that she was leaving effective Aug. 14.