ORLANDO, Fla. (WOFL FOX 35) - An Orlando family is looking from answers from an airline after their mentally challenged loved one was left to wander Orlando International Airport without an attendant.

Lisa Luczynski’s family said she flew into OIA on an Air Canada flight from Toronto Tuesday evening. When her brother-in-law Jeff Joslin booked the flight he said he requested assistance for Lisa to help get her to and from her flights. The online booking confirmation listed her ticket as “self-reliant with attendant.”

When the flight landed though, Lisa said she just the attendant wasn’t there. She began walking and said she boarded the OIA tram to the luggage area before she realized something wasn’t right.

Meanwhile Jeff and Lisa’s sister Natalie were waiting for her to arrive through the security doors, but she never showed up. Jeff said airport employees advised them that lines through customs could be slowing her down, but when they heard she was traveling from Canada they said that shouldn’t be the case.

"I kept saying to Jeff something's wrong, this is not right, it's been two hours,” said Natalie. “I kept thinking the worst of the worst.”

Eventually the family said they flagged down some Orlando Police officers and informed them of the situation. A department representative confirmed Wednesday that the officers were able to locate the woman and reunite her with her family.

Lisa said when the officers approached her she was at an airport phone she’d found, crying, trying to call a relative in Canada for help.

A representative for Air Canada said via email Wednesday that at this point he can only say they are looking into the incident and contacting the customer. Jeff said he too has been in touch with the company to get the incident investigated and find out where the situation went wrong.

"Just trying to find out where the ball was dropped,” said Jeff.

Lisa is staying with Jeff and Natalie for a few weeks. The family said they plan to book her on a different airline to get home. 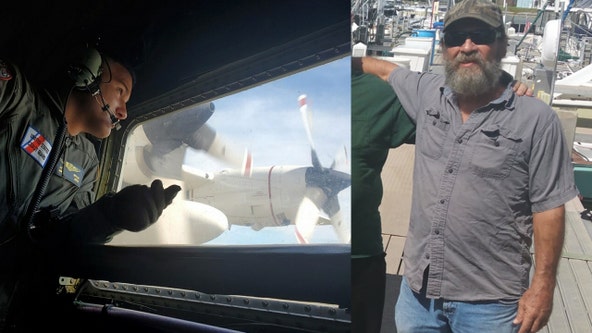