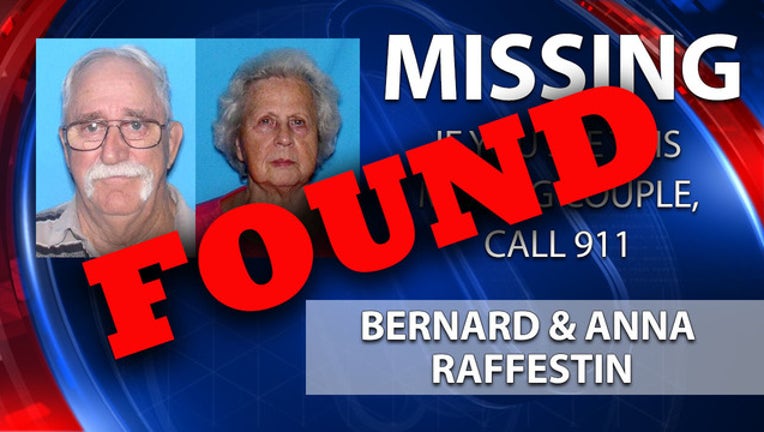 PALM COAST, Fla. (WOFL FOX 35) - A statewide Silver Alert issued for a Palm Coast man and his wife has been canceled, after both were found in Tallahassee in good health.

Bernard C. Raffestin, 81, and his wife, Anna, 90, hadn't been seen since Saturday, February 18 and had left all their medication at home.

A statewide Silver Alert was issued early Monday afternoon, because the husband, 81, has been diagnosed with dementia. His wife, who is 90, was with him.

The Tallahassee Police Department notified family members that the couple was safe and a nephew who lives in Tallahassee was going to pick them up.

The Flagler County Sheriff's Office Communications Center was notified tonight that the couple were found OK.

"I'm extremely glad this couple has been found safely," Flagler County Sheriff Rick Staly said. "This is a prime example of our community and state working together to protect our elderly residents. Thank you to all who were on the lookout for them."