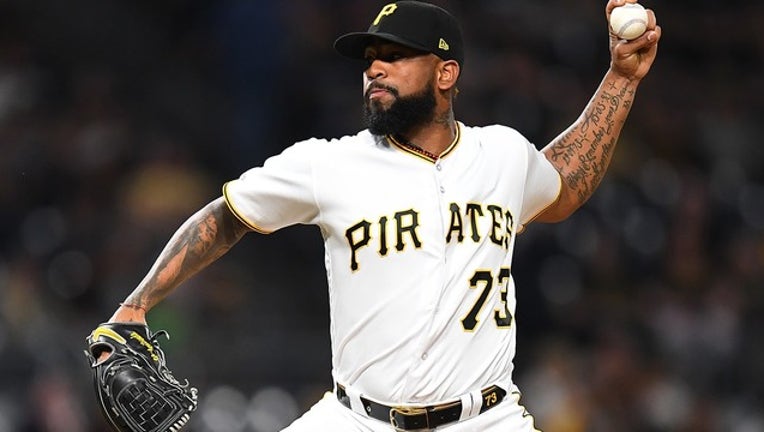 PITTSBURGH, Penn. (FOX 35 ORLANDO) - A pitcher for the Pittsburgh Pirates, who lives in Saint Cloud, is accused of sending x-rated photos of himself to a child.

The Florida Department of Law Enforcement says that it launched an investigation after learning of a sexual relationship between 28-year-old Felipe Vazquez and a teen from Lee County. It allegedly started when the victim was just 13-years-old. She is now 15.

Police said that Vazquez and the teen were texting. He reportedly sent her a video of himself performing a sex act. Texts suggested that they would meet for sex after the baseball season is over.

The victim's mom found the messages and contact police. They matched the tattoos in the images to the ones Vazquez has.

Vazquez was arrested and officially charged with Computer Pornography/ Solicitation of a Child and Providing Obscene Material to a Minor. He is in a Pittsburg jail now and will be sent to Florida soon.