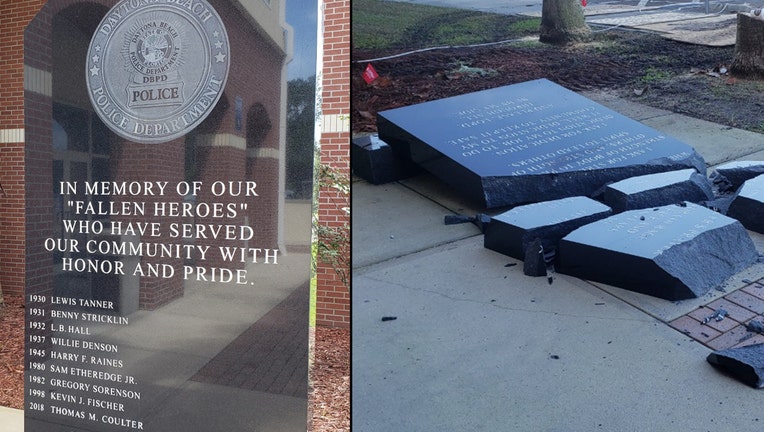 The Daytona Beach Police Department says that on Jan. 15, a landscaping worker was attempting to remove some trees at police headquarters when the worker accidentally knocked over the monument, shattering it into pieces.

"It toppled over face-first, shattering on impact," the department tweeted. 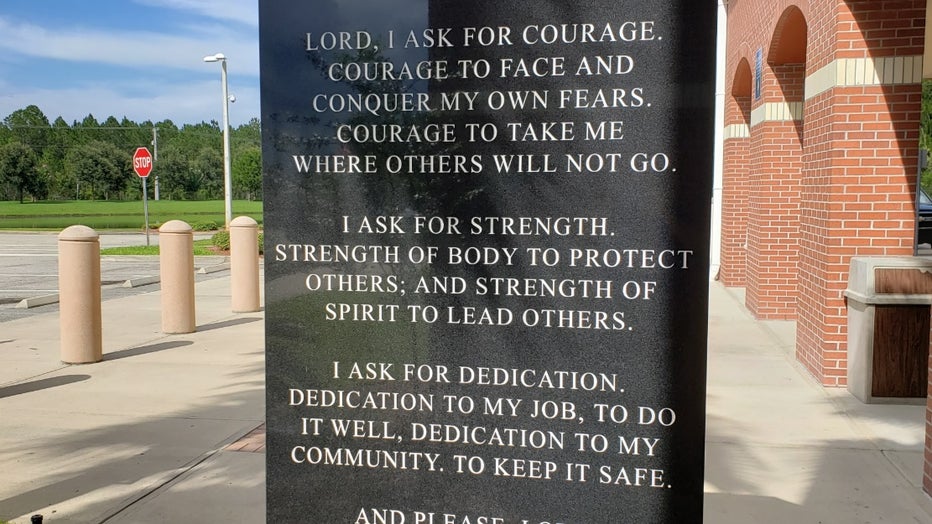 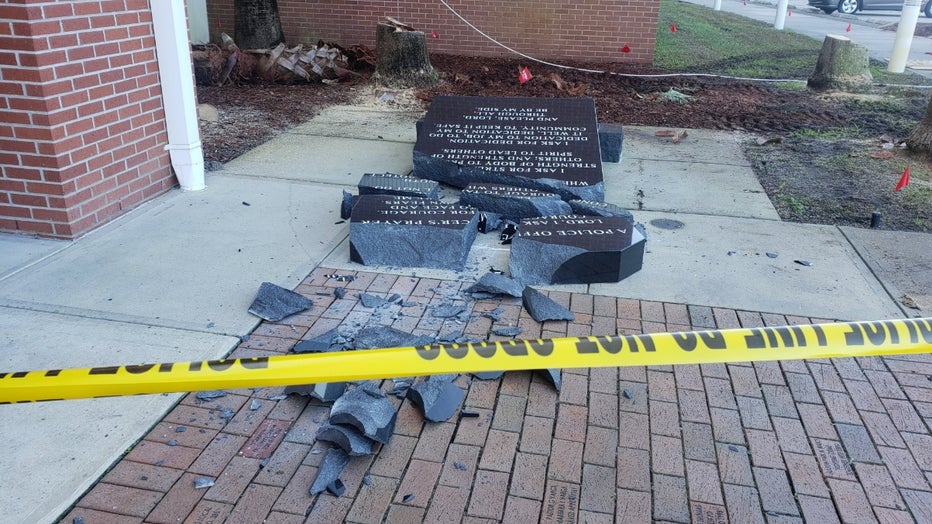 According to the Daytona News-Journal, the monument was a donation from Lohman Funeral Home. It cost around $15,000.

"The good news is we'll be getting that monument replaced at no cost to taxpayers," the department said.

The landscaping company will reportedly be paying the replacement cost.