Luis' mom said her son's right knee was swollen and bruised, so she took him to the emergency room. The diagnosis was a fractured right femur.

ORLANDO, Fla. - A boy with special needs broke his leg while at school, his mother says, and claims the Orange County School District is to blame. The family of the boy, which is now suing the school district, has asked FOX 35 News not to include their last name or the first name of the mother in this report.

When 11-year-old Luis came home from Bay Meadows Elementary School in October of 2018, his mother said she knew something was wrong as he was sweating profusely and grimacing uncontrollably. 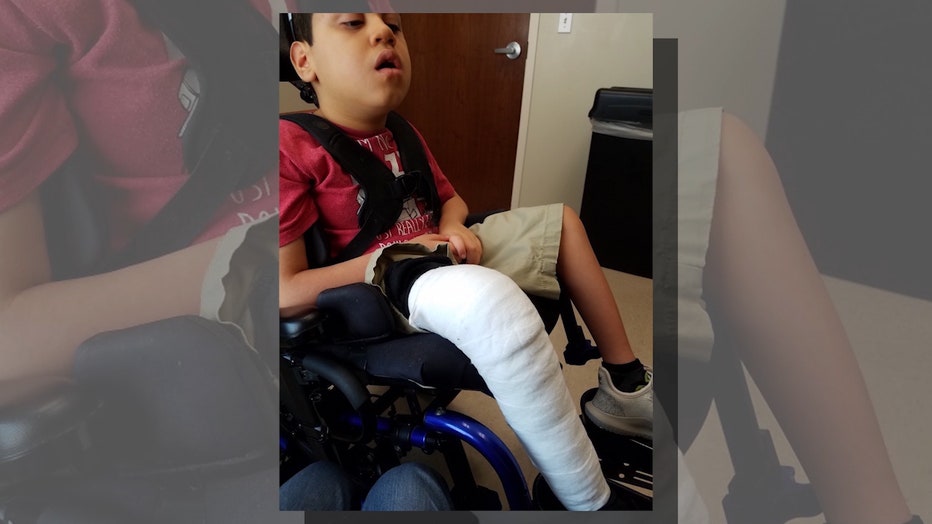 "As soon as I saw him, I knew that something was going on that he was in pain," she said.

Luis' mom said her son's right knee was swollen and bruised, so she took him to the emergency room. The diagnosis was a fractured right femur.

Luis was born with cerebral palsy. The boy can't walk, talk or do anything without help, but his mother understands him.

"It's frustrating because my son could not say what happened and he was in pain maybe from 10 a.m. until he got home and finally took him to the emergency room," she said. 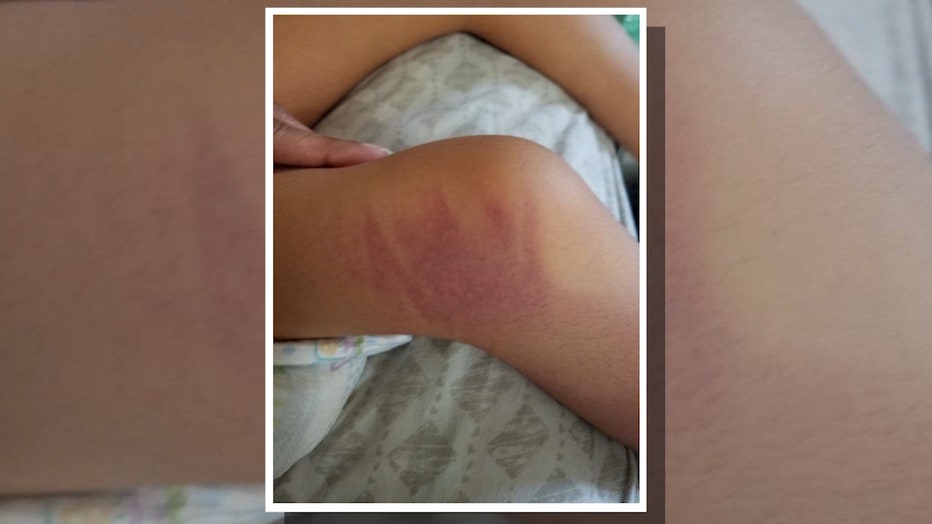 The boy's mom has filed a lawsuit against the Orange County School District and Bay Meadows Elementary School. The lawsuit claims a physical therapist at the school went against the family's and the school's instructions by putting the wheelchair-bound boy in a standing harness for 60 minutes. Although therapist Jill Bishop is not named as a defendant, the lawsuit alleges that both Bishop and the school were negligent, causing physical and emotional injuries that will continue indefinitely for Luis.

"It’s quite obvious his leg broke in that standing device," said family attorney James Simmons, "and they just let this young man sit there in his wheelchair for six hours in pain and no one did anything."

The Florida Department of Children and Families conducted an investigation and found evidence that the boy was placed in a stand-up machine on the day of the alleged incident for the first time and was injured that day at school. A report goes on to state investigators determined, "there is no evidence of any malicious intent on part of school staff."

"The DCF investigator ruled this wasn’t done intentionally," Simmons said. "However, this person was negligent." 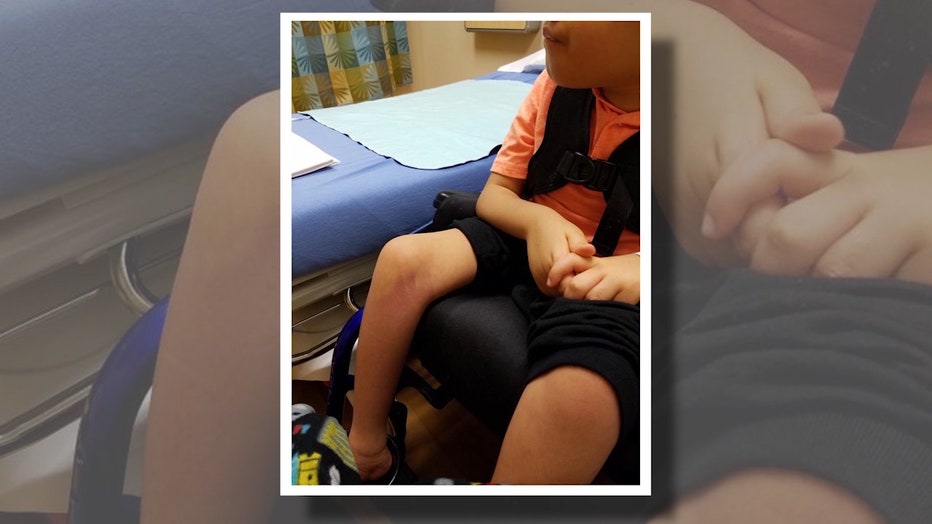 At first, the boy's mom took him out of the school and enrolled him in another one, but her lack of trust in the school district caused them to move back to Iowa where they have more family to help. She says the broken leg has set Luis back years.

"Not fully recovered," she said. "I’m trying to get him back to his usual routine."

She says she hired a lawyer and filed the lawsuit to protect other children with special needs who can't fight for themselves.

"There needs to be accountability," she said. "There are a lot of disabled children she probably provides physical therapy to that just can’t be swept under the rug."

An Orange County School District spokesperson would not comment on the case but said the therapist has worked for the district since 2016 and has no prior complaints.

We reached out to Jill Bishop for comment, but we did not hear back by the time this story was published.