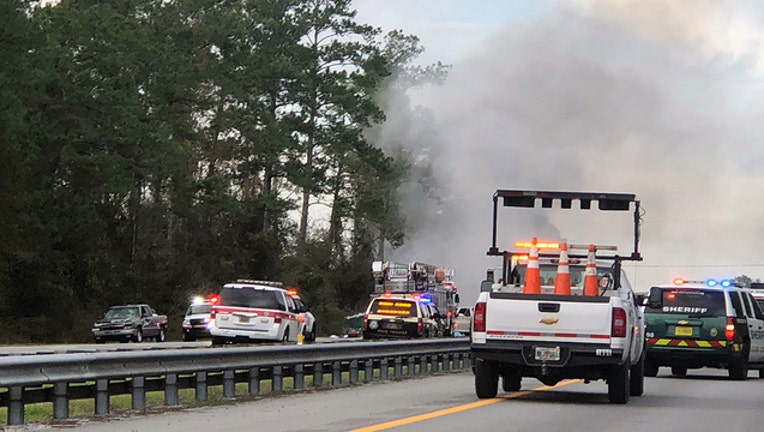 GAINESVILLE, Fla. (FOX 35 WOFL) - A truck company is being sued following a deadly crash on Interstate 75 earlier this month.

Five children and two adults were killed in a multiple-vehicle crash in Alachua County on January 3rd. A passenger van carrying children from Louisiana to Walt Disney World was flipped over. Some passengers were ejected. Seven were killed, while another seven were taken to the hospital in critical condition.

The mother of one of the victims is filing a lawsuit against the company of the truck driver involved in the crash.