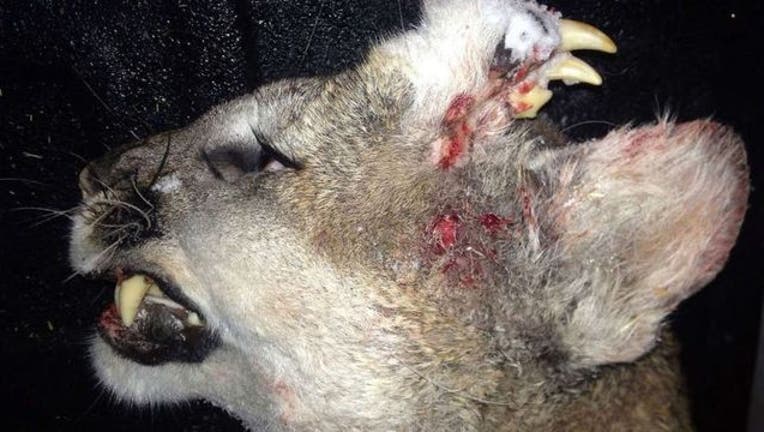 Mountain lion was found with a set of teeth and whiskers growing out of its head. (Idaho Fish and Game)

(FoxNews.com) - A mountain lion, which was legally killed by an unidentified hunter, was found to have a set of teeth growing out of the side of his head.

The Idaho State Journal reported the lion was harvested near Weston on Dec. 30 and baffled wildlife officials after a conservation official sent a picture to the Idaho Fish and Game’s Southeast Regional Office in Pocatello.

“It has all of us scratching our heads,” biologist Zack Lockyear told the State Journal. “It’s a bizarre situation and a bizarre photo.”

Idaho Fish and Game said in a news release Friday officials cannot fully explain the abnormal deformity on the lion’s head, but did offer some theories as to why the lion had teeth and apparently whiskers growing out of the part of its head.