There was an unexpected guest at one Florida woman's home, only she wasn't home to see in person last week. But there was plenty of evidence left behind that someone, or something, had been at her front door.

RIVERVIEW, Fla. - There was an unexpected guest at one Florida woman's home, only she wasn't home to see in person last week. But there was plenty of evidence left behind that someone, or something, had been at her front door.

"Why are my plants moved?" Jepha Mooi thought to herself, "and then as I go up to the door, I notice that it's not just moved plants, it's like smashed pots."

Broken plant pots, lawn ornaments out of place, and even her "welcome" mat was clearly disturbed. It was a note from a neighbor that solved the mystery and led her to this: a video showing an alligator at her front door, and it clearly did not want to go quietly.

"That gator was not trying to leave. If you saw the one video, she's hissing at them. She was like, 'Nope, I want to be here. I'm very comfortable here. Don't touch me.'" Mooi said.

Mooi has been living at her home in Riverview for four years and has never heard of anything like this happening in the area. She's taking it in stride though, even grateful that the gator chose her home as a hangout spot. 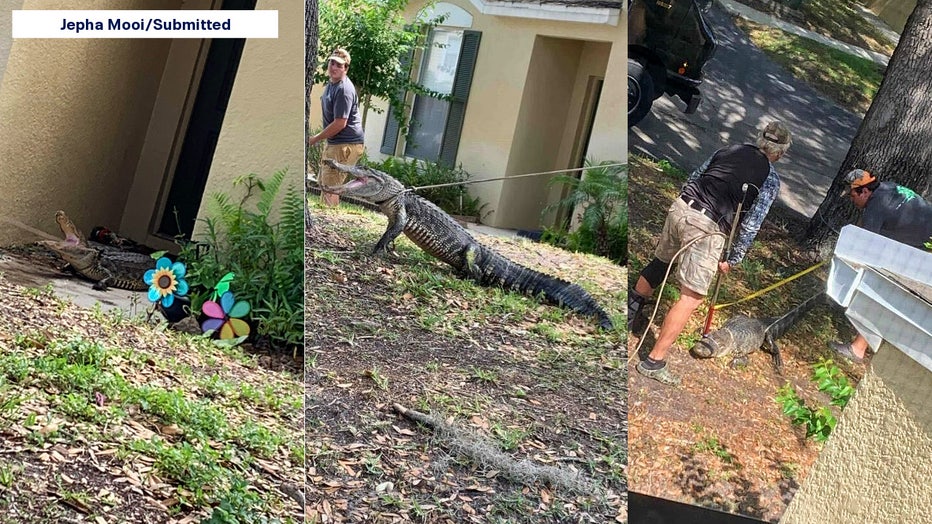 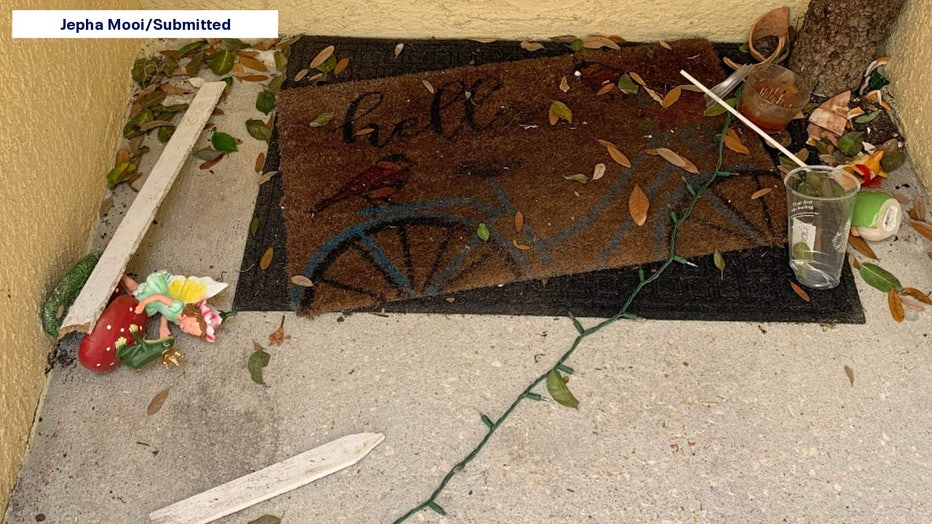 She even said it's helping bring her community closer together.

"We're all kinda like closed-mouth around here, but we walk past each other all the time," Mooi added, "so now it's a fun thing to be like, ‘Oh hey, alligator girl!’"

There's still a bit of a mystery with the story though. No one seems to know the men who responded to wrangle the alligator, which also means the fate of the gator is unknown.

If you encounter an alligator, call the Florida Fish and Wildlife Conservation Commission's toll-free Nuisance Alligator Hotline at 866-392-4286. The FWC will dispatch one of its contracted nuisance alligator trappers to resolve the situation. For more information, visit here.