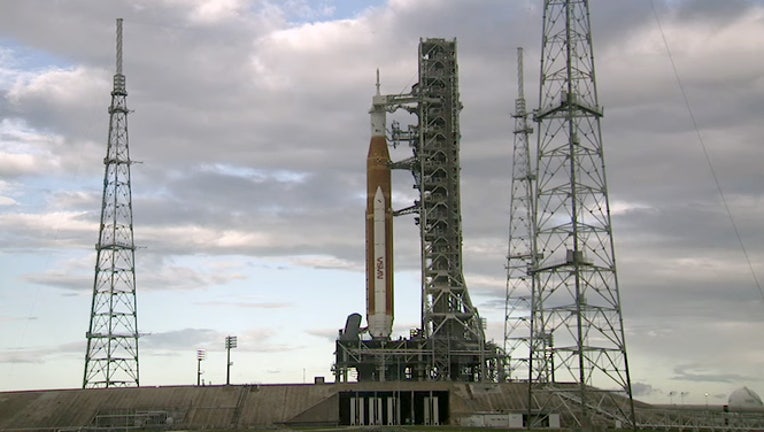 The SLS rocket, seen on Pad 39B, as the fuel test gets underway.

About a month after moving the SLS  moon rocket and Orion capsule back into the Vehicle Assembly Building hangar due to Hurricane Ian, the 322-foot-tall launch vehicle arrived back at the KSC launchpad on Nov. 4. Still, another tropical system could thwart the next launch attempt.

NASA is targeting Nov. 14 at 12:07 a.m. to launch the SLS and Orion without astronauts on the Artemis 1 test flight around the moon and back. This will be the third try in four months. Two launches ended in scrubs due to technical issues. 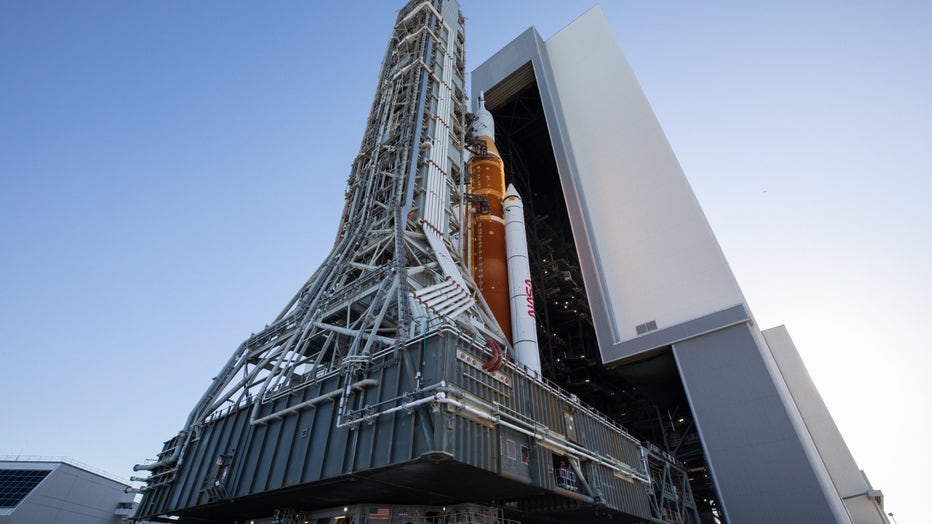 The Artemis I moon rocket departs the Vehicle Assembly Building ahead of a launch attempt planned for Monday, Nov. 14, 2022. [Credit: NASA]

Artemis can handle peak wind speeds of 85 miles an hour. The National Weather Service says Nicole could very well reach that. There are still lots of things we don’t yet know about the storm, its potential path, and how strong it could get. But FOX 35’s main question to space experts was, "Why take the risk?" 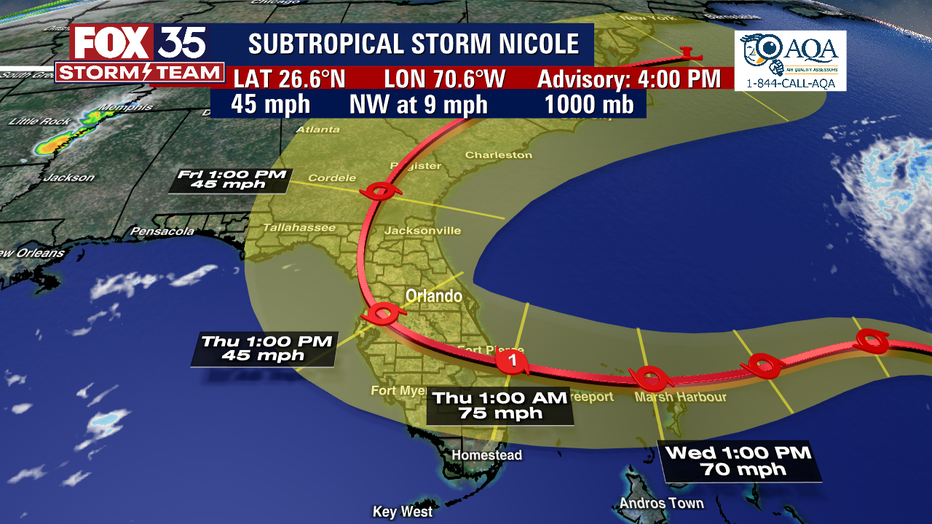 The decision is still subject to change, but Dr. Kenneth Kremer, who runs SpaceUpClose.com, says things are getting down to the wire.

"We’re right at the point where it’s almost too late to roll it back. I wish they would be getting that crawler transporter ready right now… If they don’t roll it back in time, it’s going to sit out there, and then it’s at the mercy of Mother Nature."

Nicole is forecast to strengthen to a Category 1 hurricane before making landfall Wednesday night or early Thursday. NASA managers work with the Space Force's 45th Weather Squadron launch officers to determine if the SLS and Orion should remain on launchpad 39B through the worst of Nicole's impacts. A decision NASA leadership was also forced to make before Hurricane Ian's landfall in September. 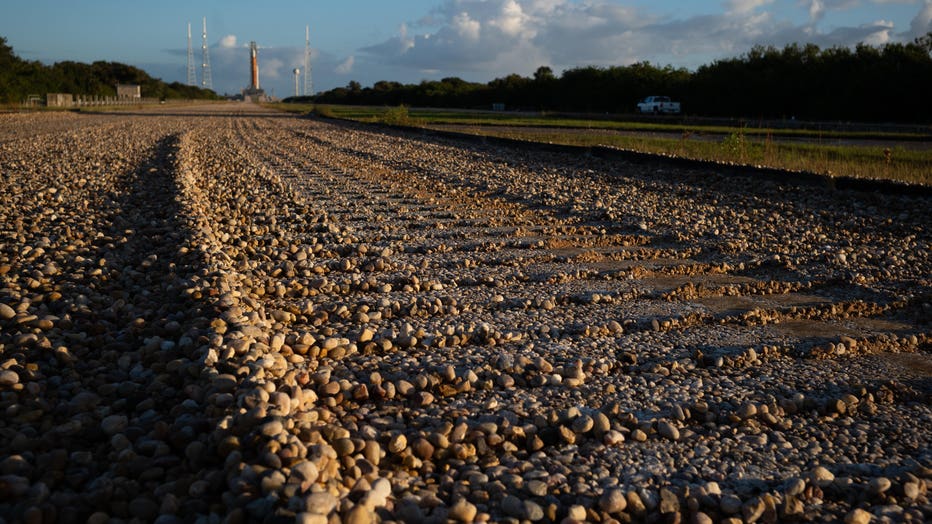 The Artemis I moon rocket departs the Vehicle Assembly Building ahead of a launch attempt planned for Monday, Nov. 14, 2022. [Credit: NASA]

"This is a critical test flight mission. It must succeed. There’s no margin for error really. There’s no margin for error, really. If we want to have our astronauts on Artemis II – four astronauts actually going to the moon two years from now, this mission has to succeed. So NASA has to do everything to make sure this rocket is safe and that it works and that this test flight can go forward as planned."

NASA has its own team of meteorologists. They work with the National Weather Service and other teams, but ultimately, it’s NASA’s forecasters making the call. If NASA moves ahead with the launch, teams will need to begin fueling the moon rocket with more than 700,000 gallons of cryogenic fuel Sunday afternoon for the 12:07 a.m. liftoff Monday.

FOXWeather.com contributed to this report.