The National Hurricane Center has designated a tropical wave in the Atlantic Ocean as Potential Tropical Cyclone Two. It is one of three tropical systems we're keeping an eye on in the coming days.

LAKE MARY, Fla. - The National Hurricane Center has designated a tropical wave in the Atlantic Ocean as Potential Tropical Cyclone Two.  It is one of three tropical systems we're keeping an eye on in the coming days.

Tropical Systems in the Atlantic Ocean

Forecasters say Potential Tropical Cyclone Two is likely to become a tropical depression before it reaches the Windward Islands or possibly while moving westward across the southern Caribbean Sea. A Tropical Storm Warning has been issued for Trinidad and Tobago and Grenada. A Tropical Storm Warning means that tropical storm conditions are expected somewhere within the warning area within 36 hours.

The system is moving toward the west-northwest near 18 mph (30 km/h), and this general motion will continue for the next few days. On the forecast track, the system will pass near or over portions of the southern Windward Island by late Tuesday, and move over the southern Caribbean Sea or near the northern coast of Venezuela on Wednesday and Thursday. Maximum sustained winds are near 40 mph (65 km/h) with higher gusts. 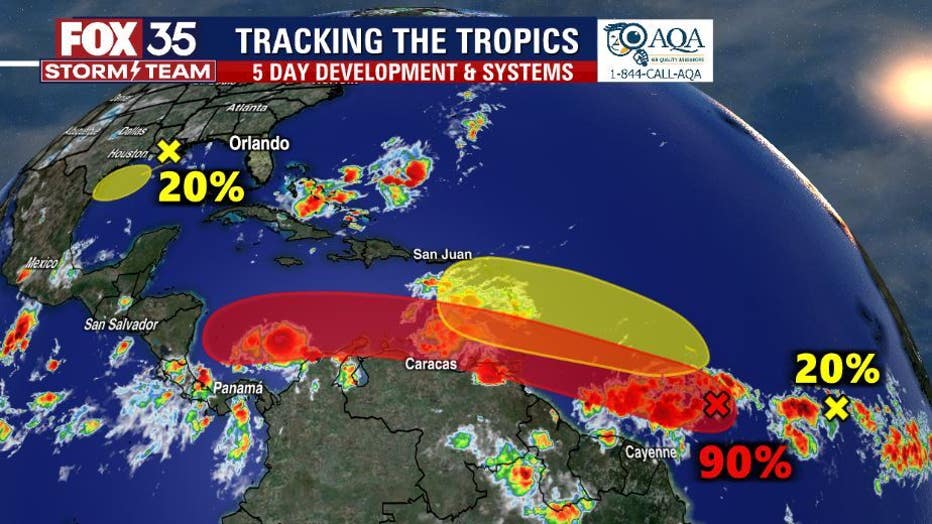 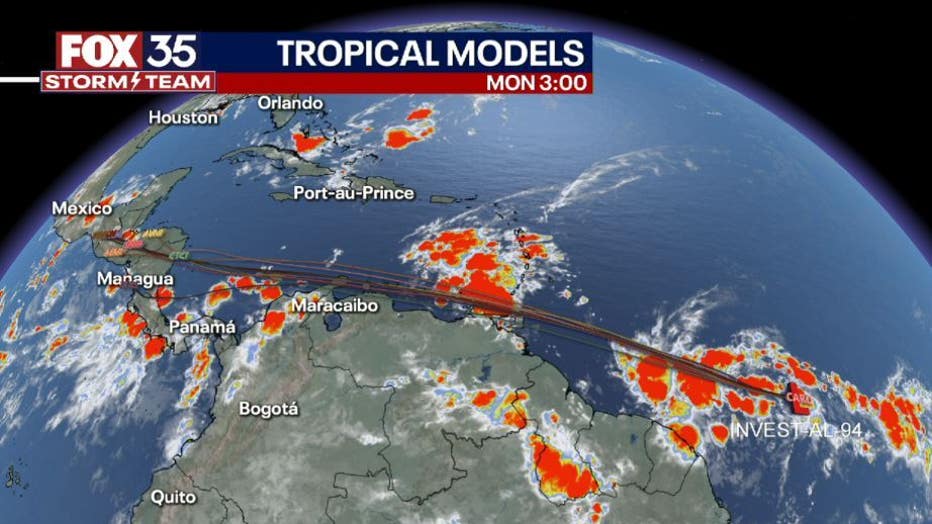 Meanwhile, the tropical wave in the Eastern Tropical Atlantic is several hundred of miles southwest of the Cabo Verde Islands and is producing disorganized showers and thunderstorms according to NHC.

"Environmental conditions could become conducive for gradual development later this week while the system moves west-northwestward at around 15 mph over the central tropical Atlantic," forecasters said in the latest advisory Monday. 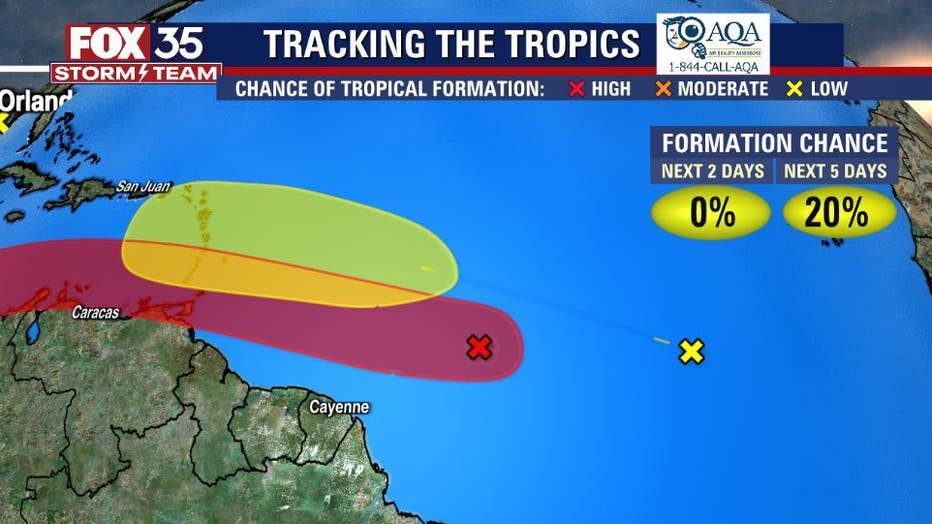 Tropical System in the Gulf of Mexico

Forecasters are watching an area in the Gulf that is producing disorganized showers and thunderstorms over the north-central and northeastern Gulf of Mexico that are associated with a trough of low pressure.

"Development of this system is expected to be slow to occur while it moves west-southwestward at about 10 mph toward the northwestern Gulf of Mexico and approaches the coasts of southern Texas and northeastern Mexico during the next few days," NHC said. 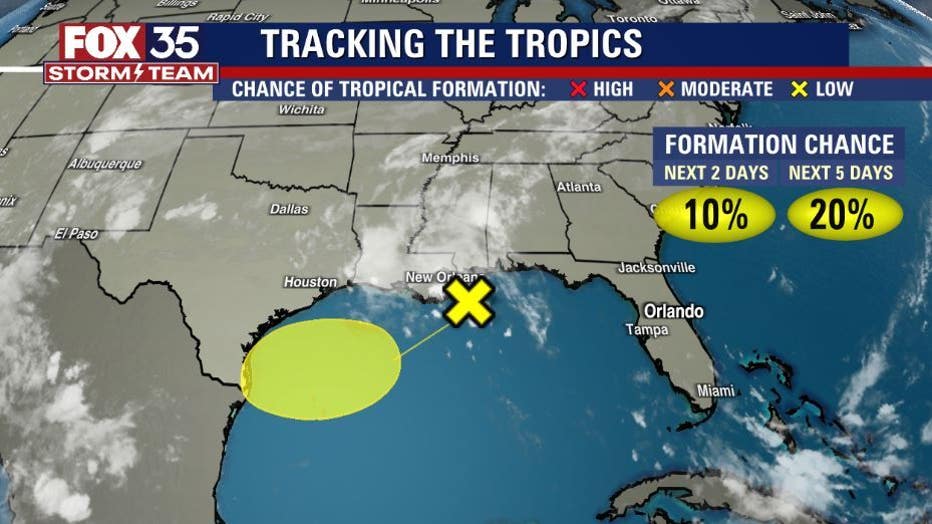 STAY INFORMED: The FOX 35 Storm Team is monitoring all the systems in the tropics and will provide all updates of developments to keep you safe and weather aware throughout the rest of the 2022 Atlantic hurricane season, which runs through Nov. 30.