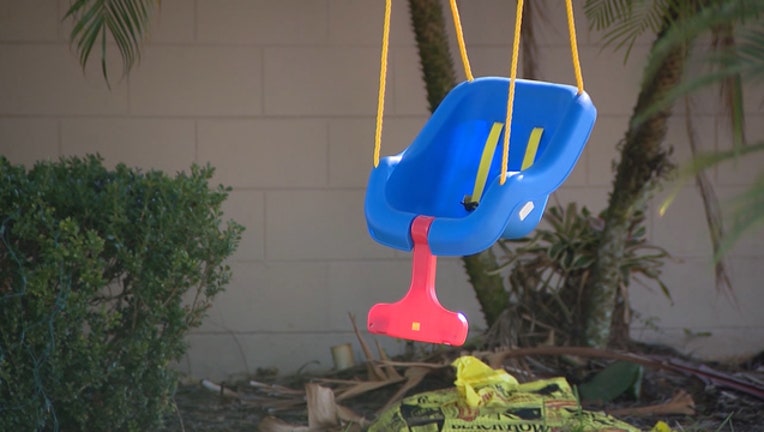 ORLANDO, Fla. (WOFL FOX 35) - A toddler is in good condition at Arnold Palmer Hospital for Children, after nearly drowning in a backyard pool.

Orange County Fire Rescue says it was a quick-thinking neighbor that helped save the boy’s life.  A terrified woman called 911 when the one-year-old fell into the swimming pool. “He's not responding!” she screamed.

“Is he breathing?” the call taker asked. “No!” the woman replied.

Call takers guided the next-door neighbor through performing CPR, giving the toddler deep breaths and instructing the man to do chest compressions that helped keep the boy getting oxygen and his blood pumping.

“Pinch his nose closed and completely cover his mouth with your mouth and blow two regular breaths into the lungs,” the call taker said, “pump the chest hard and fast 30 times, at least twice per second, let the chest come all the way up between pumps.”

Fire Rescue said along with the neighbor, the call taker also did a great job instructing him while handling several other tasks.

“They're confirming the address, they have the sheriff's office dispatch in their ear also, they're sharing information and sending it back and forth to make sure they're getting everybody to where they need to go,” said Mike Jachles, OCFR spokesman.

Another neighbor, Ricardo Colon, said he's proud that people like that live in their community. “Tragic event to happen on Christmas but to know he's alright and my neighbor saved him, it's fantastic. I'm so glad.”

The boy's parents said they appreciated everyone's support and prayers while their son recovers.