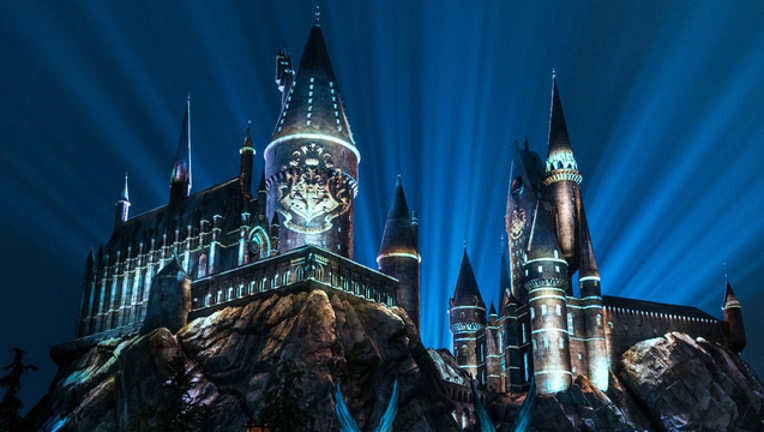 The show debuts on Wednesday, January 31st and will run on select nights throughout 2018. Park guests can preview the new experience on January 27th and 28th during "A Celebration of Harry Potter 2018." Guests who have purchased A Celebration of Harry Potter vacation package can preview the experience at a special event on January 26th. Packages can still be purchased HERE.

As night falls in the Wizarding World of Harry Potter, Hogsmeade at Universal's Islands of Adventure will showcase state-of-the-art projection mapping coupled with special effects and lighting. The Hogwarts castle will be wrapped in a dazzling display celebrating the four houses of Hogwarts.

This is the second projection mapping experience Universal Orlando has featured at Hogsmeade. Over the holiday season, Universal debuted the "The Magic of Christmas at Hogwarts Castle," which brought incredible Christmas moments inspired by the Harry Potter series to life.