Video has surfaced showing the moments before a UH-60A Black Hawk helicopter crashed near Leesburg International Airport on the evening of May 25. A preliminary report from the National Transportation Safety Board points to a snorkel as the possible cause of the crash. The snorkel is a tube used to siphon water from ponds for firefighting operations.

LAKE MARY, Fla. - The National Transportation Safety Board (NTSB) has released its preliminary findings in a helicopter crash in Lake County last month that claimed the lives of the pilot and three others.

The UH-60A Black Hawk helicopter crashed near Leesburg International Airport just before 6 p.m. on the evening of May 25.  According to the operator, a new water tank and snorkel were installed on the helicopter to facilitate firefighting operations and the crash occurred during a training mission.

"Witnesses reported that the helicopter made six uneventful passes in front of the operator’s hangar," the NTSB reported, "and dropped water that was picked up from a lake adjacent to the airport."

On the seventh pass, an employee of the operator noticed the snorkel swinging so he contacted the air traffic control tower and told the controller to ask the pilot of the helicopter to slow down and land immediately. 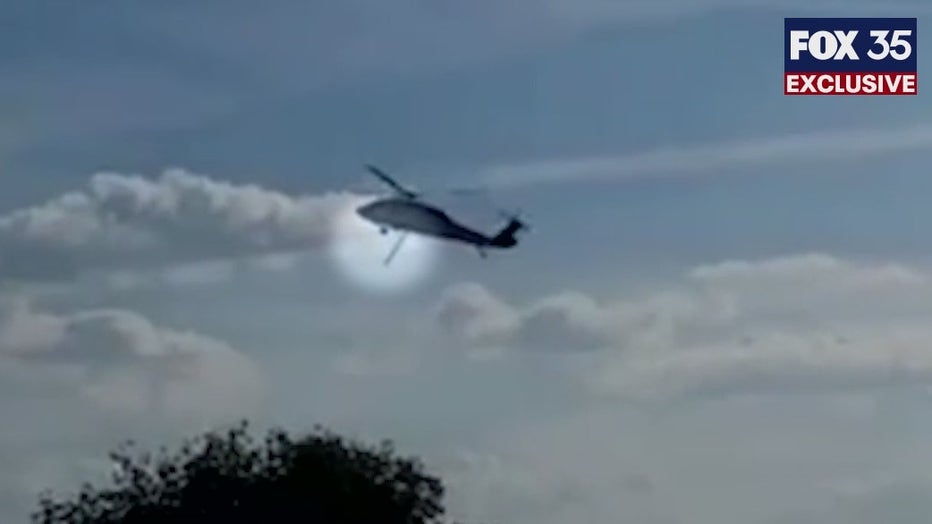 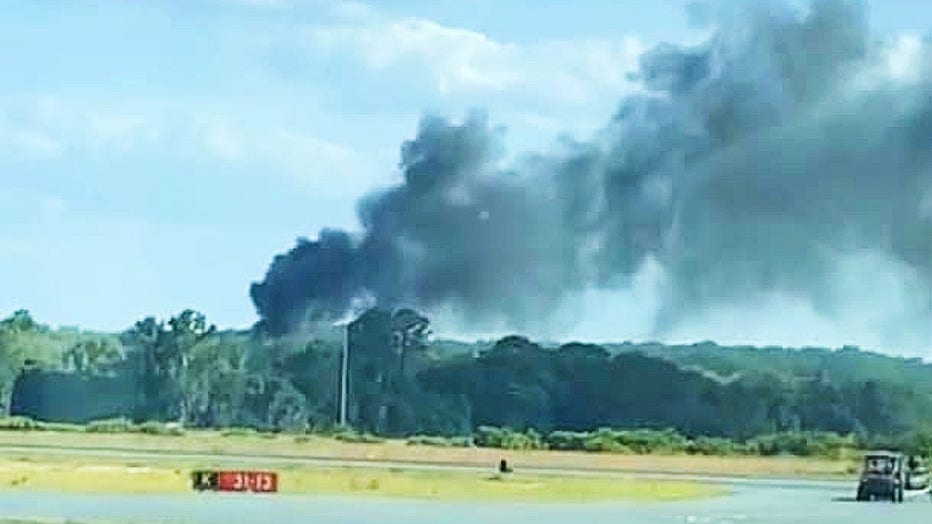 Leesburg Fire Rescue responded to a helicopter crash near Leesburg Airport, May 25, 2021.

"The employee noticed the snorkel ‘violently’ swinging and he then heard a loud bang, which he believed was the result of the snorkel contacting the main rotor blades or tail boom," the preliminary report states.

Another witness said she noticed the snorkel swing in a large circle on the helicopter's last pass, and at one point, she said the snorkel end came very close to the main rotor blades.  She said she attempted to get the pilot's attention by waving her arms but he did not see her. 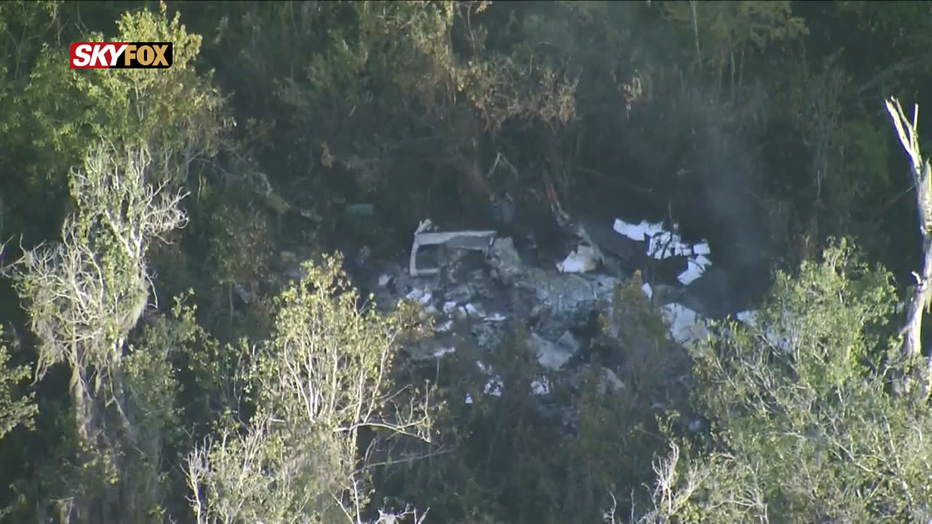 The main helicopter body was located in heavily wooded, swampy terrain about 1,300 feet east of one of the runways, according to investigators, and the tail rotor section was found about 78 feet north of the main wreckage.

Leesburg Police are not releasing the names yet of the four people who were aboard a firefighting Black Hawk helicopter that crashed Tuesday near the Leesburg International Airport.

The wreckage was recovered and retained for further examination, according to the NTSB.