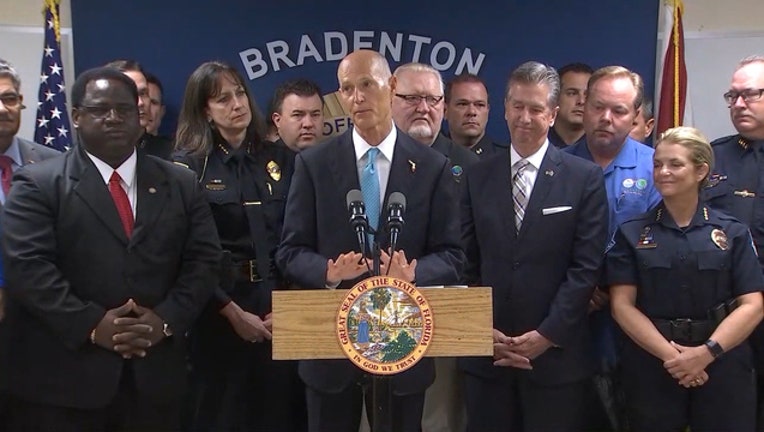 LeadingAge Florida, which represents more than 100 nursing homes and assisted-living facilities, filed the challenge late Tuesday in the state Division of Administrative Hearings, according to documents posted on the division website. The Scott administration issued the generator requirements after the deaths this month of residents of a Broward County nursing home that lost air conditioning because of Hurricane Irma.

LeadingAge Florida and another industry group, the Florida Health Care Association, contend that it is unrealistic to expect facilities throughout the state to install generators within 60 days, as is required in the emergency rules issued last week by the state Agency for Health Care Administration and the state Department of Elder Affairs.

In the legal challenge, LeadingAge Florida said penalties for failing to comply with the generator requirements could include revoking the licenses of nursing homes and assisted-living facilities.

“There is no emergency that requires the imposition of an impossible deadline and the imminent revocation and imposition of fines on assisted living facility and nursing home licenses throughout the state,” the 17-page challenge said. “The emergency rules would create an emergency rather than solve one.”

Scott directed the Agency for Health Care Administration and the Department of Elder Affairs to issue the rules after eight residents of The Rehabilitation Center at Hollywood Hills died Sept. 13. Three more died later. The Broward County facility's air-conditioning system was knocked out Sept. 10 by Hurricane Irma, but residents remained in the sweltering 152-bed home until the deaths and a resulting evacuation.

LeadingAge Florida and the Florida Health Care Association held a meeting Friday in Tallahassee about the emergency rules, with industry officials saying they did not think facilities could meet the deadlines. Among the concerns were the amount of time needed to upgrade facilities' electrical systems and order and install generators.

But Agency for Health Care Administration Secretary Justin Senior, speaking at the meeting, said the Scott administration intended to move forward with the rules and would publish a list of facilities that comply.

“We do think that this is going to be a significant step forward in the safety that our elders experience during a crisis like Hurricane Irma,” Senior said during the meeting. “We're going to be working aggressively across the state in the coming couple months to ensure that every facility is fully prepared to comply with these new requirements.”

The legal challenge raises a series of issues in arguing that the rules are invalid. As an example, it contends that the rules violate part of state law “by providing inadequate procedural protections.”

The challenge also argues that the problems at The Rehabilitation Center at Hollywood Hills do not justify the emergency rules.

“Florida has maintained a large population of elderly for many years, and thousands of those residents have resided safely in assisted living facilities and nursing homes in Florida,” the challenge said. “Only the recent events at a single nursing home in Broward County are cited as the basis for declaring an immediate threat to the public's health and safety. The Agency (for Health Care Administration) and Department (of Elder Affairs) have not made any findings that indicate that the actions taken at that nursing home, which both agencies describe as an `incompetent response by a nursing facility to a loss of air conditioning after Hurricane Irma' are present in any other nursing home or in any assisted living facility in Florida.”

But when talking with reporters last week, Senior appeared to reject the logistical concerns raised by nursing homes and assisted-living facilities about adding generators.

“We think very strongly that the cost of not complying with this rule is greater than the cost of compliance,” he said.