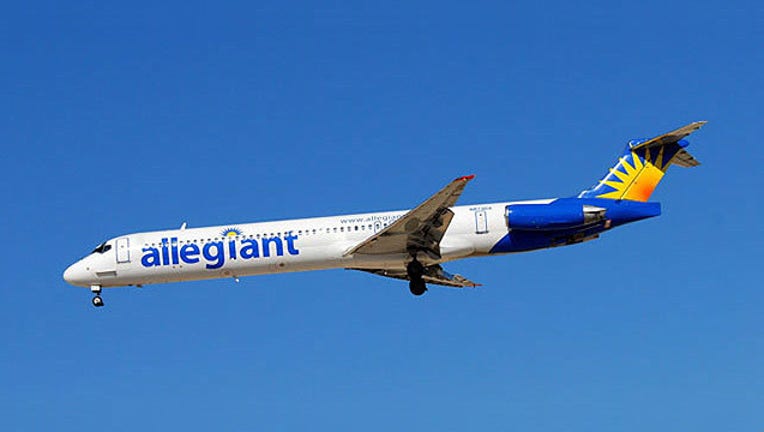 Initial crew reports indicate that there was no visible smoke in the cabin of Flight 749, and it was determined that evacuation was not necessary.  The 166 passengers and six crew members deplaned around 2 p.m.

"We are currently securing a new aircraft and crew to continue the flight to Orlando-Sanford," said Jessica Wheeler, Allegiant spokesperson.

The arrival into Orlando-Sanford was estimated to be delayed by nearly five-and-a-half hours, according to Wheeler.