Orlando Magic Co-Founder Pat Williams held a news conference on Wednesday morning to discuss his plans to lure MLB to Orlando. In the news conference, he unveiled the 'Orlando Dreamers,' a concept for what could be the next professional sports team in Orlando.

"Orlando keeps growing, the next logical step in sports growth is to try and become an MLB city," Williams said. "The most important next step is finding out how badly Orlando wants to do this."

The Orlando Dreamers website states that the name is a nod to Walt Disney, Arnold Palmer, and the many other visionaries who helped develop the Orlando area.

“Orlando has proven in the years since the Magic began playing in 1989 that it is every bit a big league sports town,” said Williams. “Soccer fans have embraced the Orlando City Lions, and now it’s time to step up to the plate and make baseball happen, too.”

“We had no team, no arena and no guarantee of anything back then. Yet central Florida believed, and the season ticket commitments poured in,” Williams recalls on the Orlando Dreamer's website. “When the NBA saw that we had secured a staggering 14,000 commitments, it was overwhelmed. I believe to this day that Orlando was granted a team because of this area’s unwavering support in that respect. I have no doubt that this number will be easily exceeded this time around!”

Williams is now hoping the city will rally behind bringing an MLB team to Orlando. He asks that supporters go to the Orlando Dreamers website to show their support and interest. He did not state any other hard plans or deadlines for setting up such a team in Orlando. He just pushed that this was the time to start seeing whether there is enough interest from the community to launch a venture like this. 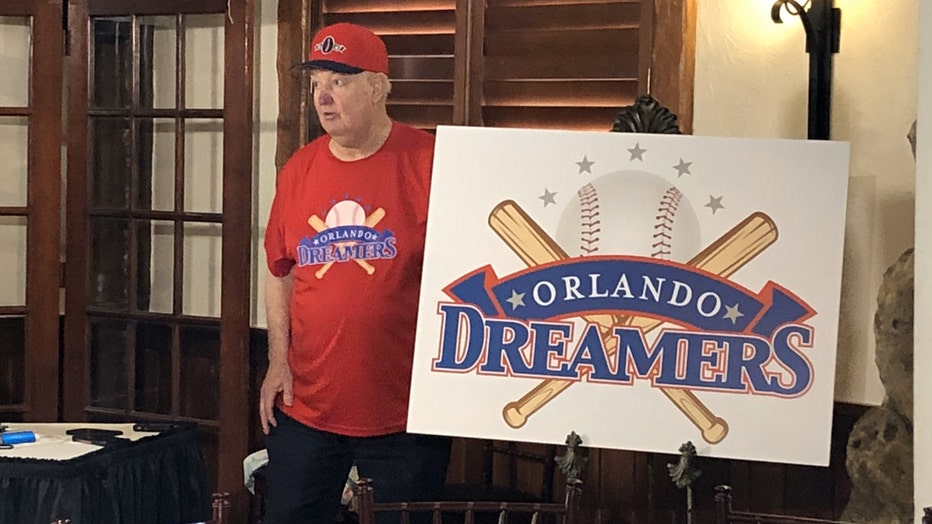 Williams said that he has already approached Orlando Mayor Buddy Dyer and Orange County Mayor Jerry Demings with the plan. He also reached out to MLB Commissioner Rob Manfred to inform him of the idea.

The full news conference can be viewed below. Mobile app users, click here to watch.