Some state lawmakers are wanting to crack down on animal abuse by giving veterinarians more authority. A new bill would require the vets to report cases of abuse.

ORLANDO, Fla. - If her painted nails prove anything, it is that Allie, a Boston Terrier, is living her best life.

But things were not always so picture-perfect for this pretty pup.  Less than a year ago, Allie's owner surrendered her to a veterinarian technician. That vet tech then listed her for sale on Craigslist.

That's where Dave Heine found her. He is a member of Boston Terrier Rescue of Florida. He adopted her and very quickly realized she'd been abused.

"I noticed lots of scars on her legs that the fur’s covered back up again," said Heine. Her face and ears were covered in scars too. They were obvious signs of abuse, confirmed by her new veterinarian but not previously reported by the other vet.

"I can’t say on cam what runs through my mind. No dog, no animal should have ever suffered the abuse that Allie went through," said Heine. It’s hard to imagine a veterinarian that wouldn’t report obvious signs of animal abuse but vets say it does happen. 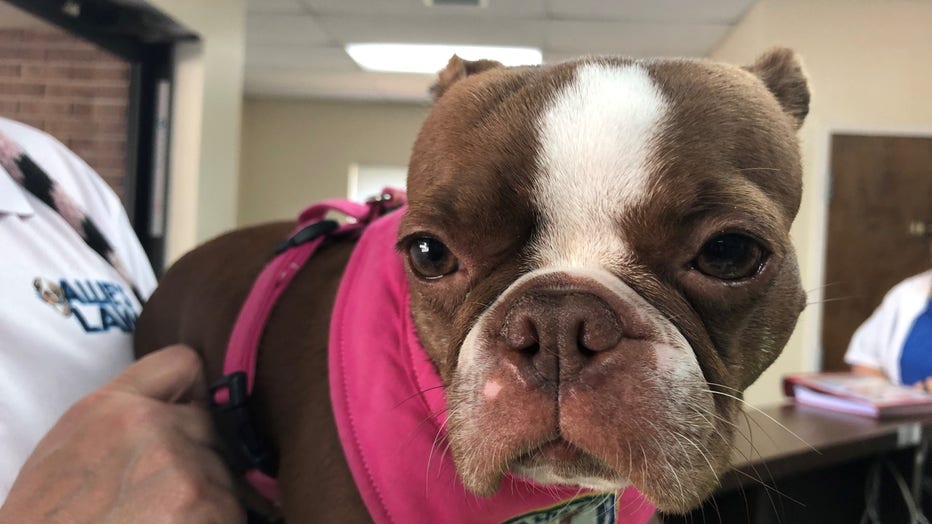 "They’re afraid that the clients are not going to bring animals in for treatment if they think that the vet is going to possible report them as an abuser," said veterinarian Dr. Nanette Parrato-Wagner.

Fewer clients mean fewer dollars, and some vets don't want to get involved.  Heine and his vet are now pushing Allie's Law. It would require vets in Florida to report animal abuse to authorities.

Lawmakers say this bill could help more than just animals.

MORE NEWS: Florida man sentenced to one year in prison for beating puppy to death

"People that would abuse a pet, there’s a very good chance they would abuse a child or another family member," said State Rep. Scott Plakon, R- Longwood.

The House bill is expected to go to committee in January, so pets like Allie can find better homes and get the care they deserve.

"They can’t walk up to a policeman on a corner and say my parents are abusing me. Please take me out of my situation. They need us to do that for them," said Heine.