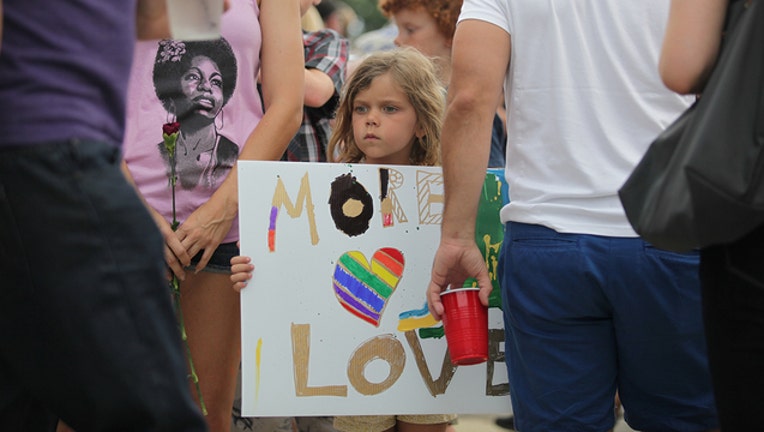 While devastated and mourning, Orlando pulled together and stood united in the face of adversity. Citizens joined first responders and officials in aiding the surviving victims.  Dozens were saved thanks to the quick actions of those first responders and medical professionals.

On the one-year anniversary of the shooting, Orlando held "Orlando United Day." This citywide event gave people an opportunity to join with others in acts of love and kindness, further continuing the unity that followed the tragedy. A whole day of events throughout the city ended with a “Remembering Our Angels” commemoration at Lake Eola.

Many who were directly impacted by the massacre had hoped there might be some closure when earlier this year, Noor Salman, Matteen's widow, faced a jury after being accused of aiding and abetting her husband. However, Salman was acquitted of the charges after an emotional and intense three-week trial.

In May of 2018, an interim memorial for the 49 victims of shooting opened to the public at the site of the Pulse Nightclub. The club’s sign was improved and a new fence was placed around the nightclub’s perimeter with images from Pulse and tributes to the victims and survivors. This memorial provides a place for visitors pay their respects and leave messages until the permanent Pulse memorial is completed in two years.

The Orange County Regional History Center is also presenting a new exhibit that includes more than 200 images and items collected at Pulse memorial sites throughout Orlando, along with community artwork, international messages and tributes, as well as many individual memento and commemoration items.  Titled Another Year Passes: Orlando After the Pulse Nightclub Massacre, the special, limited-run exhibition runs through October 14, 2018.

The two-year anniversary has also brought litigation.  In the run-up to Tuesday's commemoration ceremonies, some of the surviving victims of the Pulse Nightclub massacre filed a lawsuit in federal court, saying that the city and police did not do enough to stop the shooter. More than 35 victims have signed on as plaintiffs. The suit calls for additional training and resources, a jury trial, and an undetermined monetary judgment.

On this two-year anniversary of this tragic event that forever changed our city, our hearts still mourn the loss of those 49 victims, but Orlando stands more united than ever before. The city works continuously to honor and remember all the lives lost, the families affected, and the heartbroken.

The onePulse Foundation will hold an Annual Remembrance Ceremony at the Pulse Interim Memorial. The event is open to the public and will feature an hour-long program dedicated to the victims, survivors, families, first responders, and all in the Orlando community who united together two years prior.

Keep up with the latest news regarding the Pulse Nightclub massacre HERE.