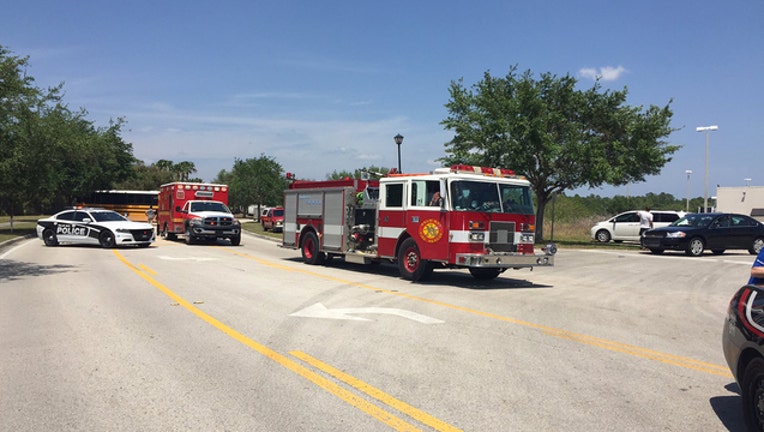 Authorities say the incident happened just before 3 p.m. on Wednesday at the intersection of Eldron and Bayside Lakes boulevards, shortly after the child departed Odyssey Elementary School.

Police say the driver of the truck was making a right turn and did not see the boy who was crossing the street.  The boy was wearing a helmet, but was run over by the truck.  The identity of the child was not immediately known.

Authorities say the driver remained at the scene.