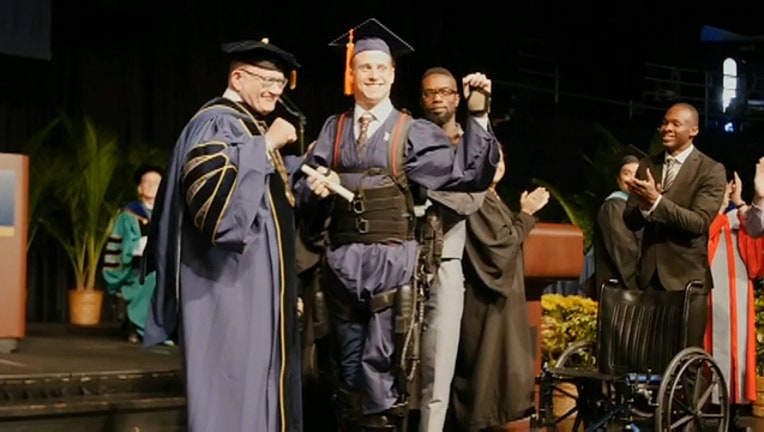 Aldo Amenta, 28, was left paralyzed after a diving accident in 2015.  His lungs had collapsed, his heart stopped twice and he was in a coma for two years, doctors say.  Amenta thought his studies had ended and he would never walk again.

However, Amenta was recently greeted with a roar of applause, after he used a special exoskeleton to walk across the stage and accept his degree.  He trained for six months on the device and says it was possible due to determination and perseverance.

“In order to accomplish this, it’s very important to be perseverant,” Amenta said. “It doesn’t matter how hard you think things are going to be, or maybe you think that it is impossible for you to make it, but you’ll find people that are willing to help you.”

Amenta received his bachelor’s degree in electrical engineering and plans on continuing his education to earn his Masters.