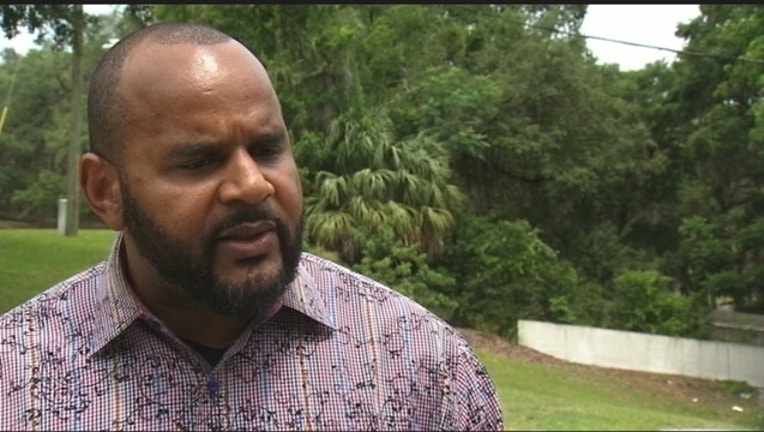 CLERMONT, Fla. (WOFL FOX 35) - A Central Florida pastor is hoping a petition on the website Change.org will prompt Florida lawmakers to pass a “bathroom bill” in the next legislative session.  The headline of the petition posted Saturday by Pastor Christopher Walker of the Cathedral of Power Church reads: “Say NO to transgender bathrooms in public schools in Florida.”

As of Tuesday afternoon, it had nearly 13,000 electronic signatures.  "I started it because I saw what the president and the Department of Justice was suggesting and I think it's ludicrous,”  Walker said.

The day before Walker put his petition online, the Obama Administration advised school districts across the country than transgender students who go to public schools should be allowed to use bathrooms that match their gender identity.

Walker said the signatures on his petition are meant to tell Florida lawmakers to ignore that direction and pass a law requiring people to use the bathroom that corresponds to the gender on on their birth certificate.   "Our goal is over 20,000 [signatures]. We want to get as many people to voice their opinion.  And I think…that should send a strong message that Florida is concerned," Walker said.

Some people who sign the online petition leave messages.  "This is crazy having to do this in a Christian based country,” wrote Timothy McCullough from Century, Florida.

A message signed by Jennifer Rowella from Tampa said: "I have sons and daughters, who need to be protected!!!"

Walker said he is concerned about sexual predators pretending to be transgender in order to prey on children.

A spokesperson for the equal rights group Equality Florida said there’s no evidence of increased public safety issues in places that pass LGBT friendly policies.   "We denounce this petition drive for what it is: fear mongering, hate speech wrapped in religious demagoguery designed to advance a right wing conservative agenda against the LGBT community,” said Gina Duncan, the transgender inclusion director for Equality Florida.