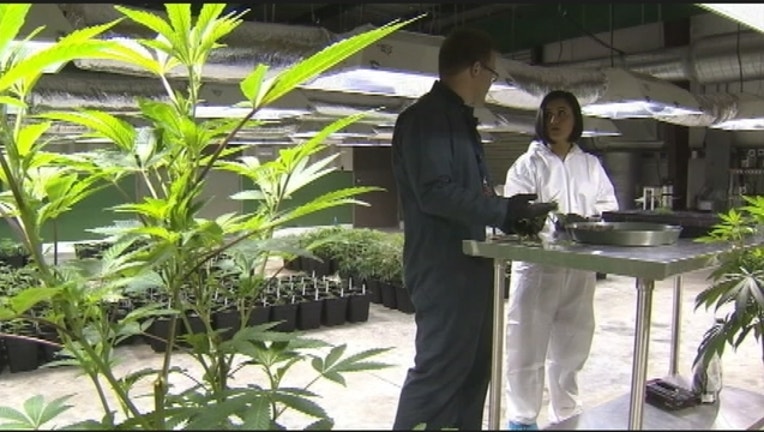 TALLAHASSEE, Fla. (NSF) - Patients who qualify for medical marijuana under a voter-approved constitutional amendment can start purchasing cannabis treatments in as little as 90 days, according to the state's top pot cop.

Whether patients would be able to start buying medical marijuana before the Department of Health approves rules to carry out the amendment --- a process that could take at least six months --- has been a source of confusion for many doctors, patients and businesses.

Florida law already allows full-strength medical marijuana, but only for terminally ill patients, as well as low-THC, or non-euphoric, marijuana for patients with epilepsy, chronic muscle spasms or cancer. Under the law, doctors must treat patients for at least 90 days before being able to enter orders for any type of cannabis treatment into a statewide database.

Voters overwhelmingly approved the constitutional amendment, known as Amendment 2, during the Nov. 8 election. Some doctors started a push to establish three-month relationships with patients --- charging as much as $400 for a preliminary visit --- even before the amendment became law on Jan. 3. Others questioned if doctors could do so because the current law restricts physicians to ordering full-strength marijuana only for terminally ill patients.

But on Wednesday, state Office of Compassionate Use Director Christian Bax told reporters that it is up to doctors to decide if they want to order marijuana for patients with medical conditions eligible for treatment under Amendment 2, months before new rules are expected to go into effect.

"And that patient can get that order filled?" Bax was asked.

Bax's position seems at odds with current law, which only allows doctors to enter orders into the database for full-strength marijuana for terminally ill patients.

But Bax said doctors should follow both the current law and the constitutional amendment, which authorizes marijuana for patients with a wide range of medical conditions, including Parkinson's disease, glaucoma, HIV, post-traumatic stress disorder, and Crohn's disease. Doctors can also order the treatment for patients with conditions similar to those listed in the amendment.

"It's the department's position that the registered, ordering physician is responsible for following the constitutional amendment (and) Florida statute for diagnosing patients and then for determining if that patient should receive medical cannabis," Bax said. "And as far as enforcement for physicians, for patients, for businesses, any enforcement action initiated by the department … is going to focus on those who are operating outside the regulatory framework and Florida law."

"The department today basically left it up to physicians to decide how they will incorporate the provisions of Amendment 2 into their practice. Given the lack of any regulatory framework, I would advise physicians to proceed with extreme caution," Scott said.

Bax said Wednesday that the health agency is "committed to moving as quickly through rulemaking as possible to create a regulatory framework" for the amendment and plans to release initial rules "very soon."

Bax said he plans to hold five public workshops on the proposed rules throughout the state. The amendment gives health officials until early July to promulgate rules and until September to put the regulations into effect.

State Sen. Rob Bradley, who played a major role in creating and passing Florida's marijuana statutes, told The News Service of Florida he could support Bax's stance --- for now.

"I think it's in everyone's best interest, while we're in this time of transition, to not be overzealous if people are acting in good faith," Bradley, R-Fleming Island, said. "So if the department is taking the position, as you suggest, that, if somebody goes through the 90-day waiting period and places an order, the department is not going to stand in the way of that relationship, I don't have a problem with that."

But allowing doctors to order marijuana without rules addressing the constitutional amendment can only be a "temporary solution," Bradley added.

"I don't think that's a situation that can endure forever," he said. "I think the Legislature and the rule-making process needs to act."

But Ben Pollara, campaign manager for the political committee that backed Amendment 2, questioned whether Bax and the Department of Health have the authority to allow doctors to do something now prohibited by state law.

"I am obviously all for patients being able to get access to their medicine as quickly as possible, so to that extent I think it's great. But I don't know, and I hope (Bax) does, I don't know what legal authority he's operating under in order to do that," Pollara said in a telephone interview Wednesday afternoon. "If I'm a doctor, that's not good enough for me. … That's a legal gray area that you're going to have to be a little nervous about."

Bax's comments Wednesday were his most definitive yet on the topic. Many in the marijuana industry have complained privately about Bax and the agency's reticence to give explicit directions to doctors and dispensing organizations about what they are allowed to do.

"If this is their position, they should make that position public. They should post it on the website. They should issue some guidance to patients and doctors. It shouldn't have to be something that people find out about in The News Service of Florida. It should be on the Office of Compassionate Use website, and it's clear," Pollara said.